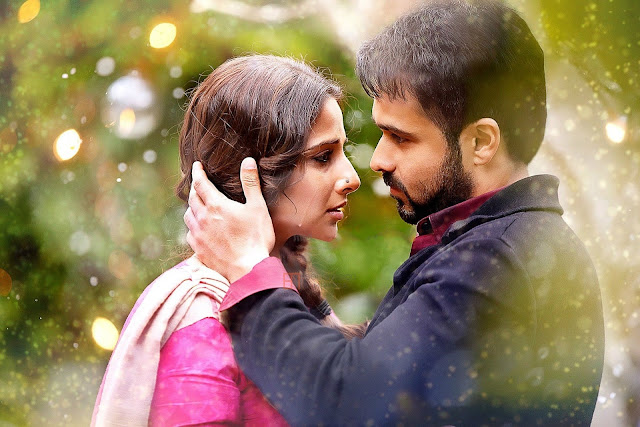 After watching Hamari Adhuri Kahani I went home and wrote a long letter to an old flame. Then I tore it up. I opened Freud’s The Ego And The Id and read a page at random. I stalked an ex on Facebook. I punched the wall thrice. Only then did I find myself in the right frame of mind to review a Mohit Suri film.

Suri is Bollywood’s top purveyor of twisted, pathological romances. He directed the violent and ludicrous Ek Villain last year, and before that Aashiqui 2, Woh Lamhe and other gloomy tales of passion. Love’s labour is, more often than not, lost in Suri’s films, either through bad fortune or bad choices or some combination of the two. Hamari Adhuri Kahani doesn’t mess with the formula: the three central characters are emotionally damaged, have the worst of luck, and do their best to make things even harder for themselves.

The first 15 minutes are pure Suri: a death, a visit to the psychiatrist, and a man making off with his dead wife’s ashes in the middle of the night. The rest of the film unfolds via one of the least thought-through flashbacks I’ve ever seen: we kind of see things from the husband’s perspective, even though he couldn’t possibly have knowledge of the events being described. We learn that Vasudha (Vidya Balan) was married to Hari (Rajkummar Rao) against her will. He disappears after a year, leaving her to fend for herself and their infant son. Five years later, she’s working as a florist when Aarav (Emraan Hashmi), a rich hotelier, falls for her. They become lovers; soon, he’s asking her to divorce her husband, who may or may not have become a terrorist. And then Hari comes back.

If that doesn’t sound so bad, know that I’ve omitted about a dozen flashbacks, pointless trips to Shimla and Dubai, and enough self-pity and self-destructive behaviour to fuel a Devdas remake. However, even if I wrote out the entire plot, I doubt it would give you an accurate picture of how laughably bad Hamari Adhuri Kahani is. The film is staggeringly literal-minded: when a song talks of sookhi zameen, we’re actually shown a desert; when the lyrics mention lips, there’s a helpful close-up of the same. The writing, by Suri’s uncle Mahesh Bhatt, is florid beyond belief, and inadvertently funny. Aarav’s first words to Vasudha, as she’s arranging flowers, are “Beautiful. Main inke liye jaan de sakta hoon (I could die for them).”

The film delays Hari’s return far too long: Aarav and Vasudha’s love story isn’t remotely interesting, and Hari’s crazy-lover routine, though distasteful, does bring some much-needed tension. The actors are left out to dry, though Rao manages to escape with some of his dignity intact. The same cannot be said of Hashmi (who gets the worst lines) or Balan (who looks like she’s trying too hard). At one point, overcome by gratitude, Vasudha touches Aarav’s feet. I don’t think I’ve laughed more at a movie that wanted me to be crying along with it.

This review appeared in Mint Lounge.
Posted by a fan apart at 3:04 AM