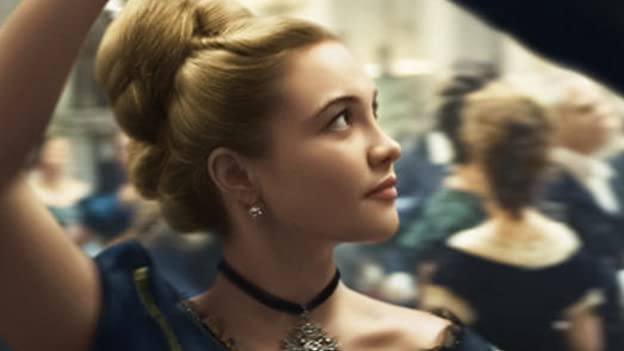 Besides its five other nominations, Little Women is up for an adapted screenplay Oscar. That's just typical, you might think, Academy voters reserving a slot for the 19th century prestige production. You'd be wrong. Greta Gerwig’s film not only deserves the nomination, it ought to win. This is, above all, a startling feat of adaptation.

Until now, screenwriters have regarded Louisa May Alcott’s 1868 novel as text to trim down. Only Gerwig seems to have looked at it with a movie editor’s eye. She performs loving but intense surgery on the book, cutting and pasting and throwing its chronology out of whack. You can picture her in front of a huge board, moving around cards with ‘thin ice’ and ‘debutante ball’ on them. Not much is added, but because Alcott’s story is so familiar, the very rearranging of it becomes a radical act.

We start with Jo (Saoirse Ronan) in a publisher’s office, trying to sell the unimpressed Mr Dashwood (Tracy Letts) pulp fiction. We see Amy (Florence Pugh) in Paris – not vain, difficult Amy but a self-possessed woman about town. Meg (Emma Watson) has two little children. Beth (Eliza Scanlen) is ill enough for summons to go out to Jo, in New York, to return home to Concord, Massachusetts. In other words, we’re in the latter stages of the book. I should confess, I had a sinking feeling here. Was the film going to use the squarest of devices – the long flashback – to pack in all the Christmas mornings and theatre shenanigans, the stuff no Little Women film can do without?

There are flashbacks, there’s Christmas, but not like you’d imagine. Instead of extended stretches of linear narrative, the film flits between the four March sisters at different times in their lives, giving us fragments of story, moments out of time. Some of the transitions are achieved with such little fuss that you can barely tell the scenes are set years apart. As the girls and Laurie frolic on a beach, Jo’s voiceover paraphrases George Eliot, Alcott’s great contemporary: “We could never have loved the earth so well if we had had no childhood in it…" Eventually we see she’s reading the passage to Beth. If you’re not paying attention, it’s only a few beats later that you'll realise this conversation is happening many years later, on a different beach trip.

Other transitions are linked by emotional through-lines. Jo saying “Amy has always had a talent for getting out of the hard parts of life" is followed by her younger sister’s big scene from earlier in the book, where she burns Jo’s writings in anger, then nearly drowns when she tails her the next day on the frozen lane. A more wrenching juxtaposition is Meg at her most glamorous, at a ball in a frilly dress, and then in a darkened room, married, poor and exhausted. This isn’t your typical bildungsroman, where progress from child to adult is chronological and explainable. I was reminded of Terence Malick’s The Tree of Life, another coming-of-age film in which the clay, the process and the finished article are all mixed up.

This might be making Little Women sound more clever than heartfelt, but the film has an enveloping warmth. The childhood scenes are all natural light and rich shades of brown (the later years are in muted blue). Alexandre Desplat’s score, with its soul-lifting directness, brings to mind John Williams. The actors do seem a little old to be playing teenagers – a perennial problem with Little Women screen adaptations. That said, Ronan is a wonderful Jo, believable as an artist coming into her own as well as someone charming enough to attract the attentions of excitable rich kid Laurie (Timothée Chalamet) and Louis Garrel’s halting professor Bhaer.

It’s Pugh, though, who executes the trickiest turn, rescuing Amy from the vain, petulant girl of the book. She and Jo are set up as contrasts, but they’re quite similar by the end, with their clear-eyed assessment of their talents (or lack thereof) and chances in life (both describe marriage as an “economic proposition"). Jo is easier to lionize as an artist who follows her dream, but the film’s bruised heart is Pugh’s Amy desiring, rejecting, then accepting Laurie.

“It would be hard to find an English-language work of fiction more autobiographical than Little Women," Joan Acocella wrote in the New Yorker in 2018. "For almost every person in Louisa’s immediate family, there is a corresponding character, an important one, in this book." As Alcott placed herself in the book, Gerwig now puts Alcott in the film. The best line – Jo saying “I’d rather be a free spinster and paddle my own canoe" – isn’t from the novel; it’s something Alcott wrote in a journal. The 6.6 per cent royalty that Jo negotiates with Mr Dashwood is the same as what Alcott got.

The ending is, depending on your fealty to the original text, a travesty or a genius sleight-of-hand. Jo’s plan is to have the protagonist of her novel remain a spinster. But the publisher baulks at this, just as readers badgered Alcott so much about Jo and Laurie ending up together that she created a ‘funny match’ for her in Bhaer (though Garrel is a significant airbrushing of Alcott’s dowdy academic). Jo, ever practical, agrees to the change, and we get the famous scene where she runs after the professor and asks him to stay. But is this Jo’s ‘Jo’ or is it Jo?

An earlier scene plays like the film’s manifesto, Jo giving voice to sentiments that aren’t in the book (“Women, they have minds, and they have souls, as well as just hearts. And they've got ambition, and they've got talent, as well as just beauty"). And the film does end with talent and ambition rewarded, with Jo clutching her newly published novel. Still, there’s nothing insincere about Jo and Bhaer’s kiss in the rain. It’s up to you, whether you want to believe she ends up with Bhaer, or that the dreamlike final minutes are the ending to her book.

With this combination of ending and phantom ending, Gerwig could be accused of having her 21st century feminist cake and eating it too, allowing Jo to be a defiantly single writer and having her marry a good-looking man who’s her intellectual peer. Would that be so bad? What’s the point of being an artist if you can’t give your heroes the endings you think they deserve?

This review appeared in Mint.
Posted by a fan apart at 3:31 AM