How the 2010s changed Hindi film 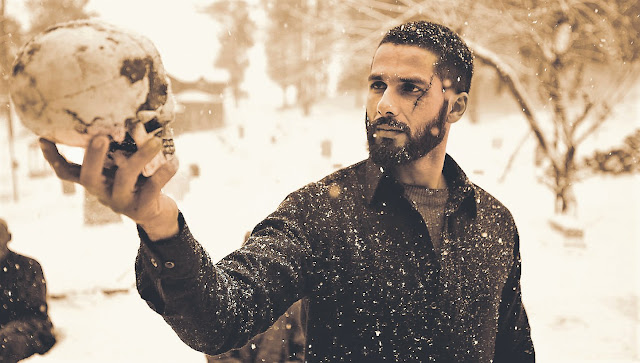 In years to come, the Hindi cinema of 2019 is unlikely to be recalled with fondness. Even a standard 10-best-film list would be difficult, considering the utter lack of contenders. The few bright sparks were Zoya Akhtar’s joyous hip hop drama, Gully Boy, Abhishek Chaubey’s revisionist dacoit film, Sonchiriya, and two fine festival titles from 2018: Vasan Bala’s Mard Ko Dard Nahi Hota and Ivan Ayr’s Soni. Apart from this, there was little to cheer about—and a lot to rue.

It’s a bit of a downer to end a fascinating decade in Hindi cinema. At the start of the 2010s, we were watching films on TV and DVD. By the end, everyone was streaming “content". The “100 crore club" no longer had the weight it did in the 2000s: Baahubali’s Hindi version became the first film to breach the ₹500-crore mark, and Thugs Of Hindostan could make ₹300 crore and be considered a huge failure. There were changes in the films themselves: Songs no longer looked or sounded the way they used to; settings were as likely to be Bhopal or Aligarh as Delhi and Mumbai. Here are seven tectonic shifts that marked Hindi cinema in the 2010s:

Shah Rukh is still a force—if you total up his box office earnings for the decade, he’s in second place behind Salman. But he’s a diminishing one, crowded out by contemporaries like his fellow Khans and Akshay Kumar, younger stars like Ranveer Singh and Ranbir Kapoor, and Hrithik Roshan. Kumar might be the decade’s most dependable actor, churning out two films a year like clockwork, which nearly always make ₹100-150 crore.

While films built around female stars were still a rarity, several that did get made were memorable, especially Queen (Kangana Ranaut), Neerja (Sonam K. Ahuja) and Pari (Anushka Sharma). Alia Bhatt barely put a foot wrong, but it was arguably Deepika Padukone’s decade, with monster hits in Padmaavat, Yeh Jawaani Hai Deewani and Chennai Express, and a lovely muted turn in Piku.

The top-grossing Hindi film wasn’t really a Hindi film
Many of the highest-grossing Hindi films of all time were from this decade. Still, it’s a delicious bit of irony that the biggest earner of all was S.S. Rajamouli’s action fantasy Baahubali 2: The Conclusion, a Telugu film “made simultaneously" in Hindi but clearly not of that language. The Hindi version made ₹510 crore (the worldwide collection across languages was ₹1,810 crore). Along with the first Baahubali film, which released in 2015, its success was a warning bell for Hindi cinema, which has since tried, but not managed to replicate, its superior VFX and storytelling brio.

There were other commercial threats. India had been a white whale for Hollywood: long pursued, never captured. But The Jungle Book ( ₹258 crore across languages) opened the floodgates. Avengers: Infinity War and Avengers: Endgame grossed ₹294 crore and ₹464 crore respectively. It forced the Hindi industry to think of tentpoles and franchises—but they are yet to get it down to a science.

National interest
Filmic patriotism has been on the rise through the decade. It wasn’t just the films themselves—in 2016, playing the national anthem before the start of every movie became mandatory. If this was a reflection of the increasing premium placed on patriotic pride and, especially after 2014, aggressive nationalism, it’s also true that films tried their hardest to sell the nation to its citizens. Films that weren’t enamoured of the country—Haider, Mukkabaaz—were few and far between.

Not the same song and dance
The multi-composer album went from novelty to industry mainstay in the 2010s. While some composers—A.R. Rahman, Vishal Bhardwaj, Amit Trivedi—still commanded enough respect to not have to share album space, younger hitmakers like Badshah and Tanishk Bagchi were usually pulled in for a party song or two, which was then combined with a sad number, a happy number and a Sufi track. Sometimes it worked, but it mostly sounded like what it was—a bunch of disparate artists participating in something they don’t have ownership of.

There have been some memorable sounds: Sneha Khanwalkar’s earthy, hip Gangs of Wasseypur, the album of the decade; Amit Trivedi’s Lootera and Bombay Velvet; the Mumbai rap scene crystallized in Gully Boy. Yet, the true glory belonged to the words, not the music. Amitabh Bhattacharya, Irshad Kamil, Kausar Munir, Varun Grover and Shellee moved dexterously between languages and dialects, bringing wit and poetry to films that often didn’t match up.

The evolution of film music was accompanied by changes in how the songs appeared on screen. The lip-synced number was eschewed in favour of the musical montage, especially in small to mid-budget films. Vishal Bhardwaj and Sanjay Leela Bhansali still had lip-synced songs, but this essential Indian film tradition could be on its way out. As the song montage grew in richness, the art of choreography dwindled. Apart from Bhansali, Bhardwaj, Anurag Basu and Zoya Akhtar, few directors seemed interested in the potentialities of the song sequence.

A new Middle Cinema
Middle Cinema saved Hindi film in the 2010s, offering a vital alternative to the often anodyne mainstream. Middle-class Delhi was an important setting in the early years of the decade—Band Baaja Baaraat, Ankhon Dekhi, Vicky Donor—but later, there was a crucial exodus to tier 2 and 3 towns (Dum Laga Ke Haisha, Bareilly Ki Barfi). Ayushmann Khurrana was at the centre of this movement, as were Bhumi Pednekar, Rajkummar Rao and Pankaj Tripathi. This new Middle Cinema dovetailed with arthouse film (Masaan, Titli, Tumbbad) and the mainstream, with titles like Sui Dhaaga and Badrinath Ki Dulhania—an attempt to combine the virtues of small films with big stars.

Gently down the stream
Streaming platforms have only been around in India a few years, but their impact already seems potentially industry-altering. For one, there’s the fight for viewer attention—Netflix CEO Reed Hastings announced they were spending $400 million ( ₹2,845 crore) over 2019-20 in India, a number that could well be matched by rivals Amazon, Hotstar, Apple and Disney. Even in a country like India, where the theatre experience is a ritual, an increasing number of people regard streaming as the more cost- and time-effective way of viewing everything but the biggest blockbusters. Then there is streaming’s ability to attract talent—an actor like Pankaj Tripathi or Rasika Dugal can now choose the better pay and billing of a streaming show over a supporting role in a bad commercial film.

The benefits of streaming are many, but for Indian film-lovers, the greatest service is access to films in languages other than one’s own, properly subtitled and available for viewing mere months after the theatrical (or festival) release. Perhaps in the next decade, this increased familiarity will lead to freer movement of talent and the emergence of a truly pan-Indian cinema, cutting across language and geography.

Rise of the non-star
This decade, several actors joined Manoj Bajpayee and Irrfan Khan in the fertile middle ground between superstardom and niche acclaim. After years of bit parts and obscurity, Nawazuddin Siddiqui broke through in 2012 with Kahaani and Gangs Of Wasseypur; he became an arthouse muse overnight, supplementing that with scene-stealing work in “mass" films like Bajrangi Bhaijaan. Rajkummar Rao emerged simultaneously, an actor with an affinity for quietly determined strivers: Shahid, Aligarh, Newton. Khurrana and Pednekar became the king and queen of the new Middle Cinema, displaying, like Taapsee Pannu, a willingness to refuse outright commercial work. Add to this Pankaj Tripathi, Rasika Dugal, Seema Pahwa, Brijendra Kala and Sanjay Mishra, and you have an embarrassment of riches. Hindi cinema will have to work hard in the coming years to keep them away from streaming TV and film.

This piece appeared in Mint Lounge, the last issue of the decade.
Posted by a fan apart at 12:31 AM