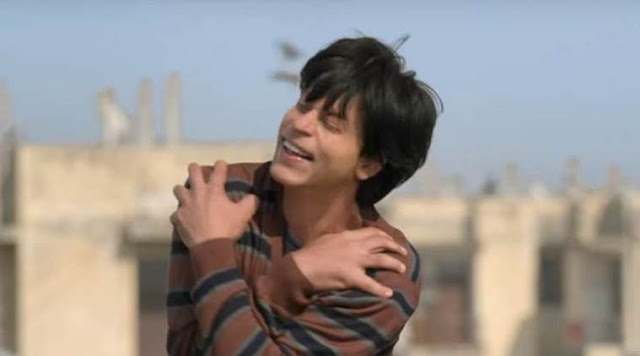 I reached Mannat, the sea-facing Bandra home of Shah Rukh Khan in Mumbai, at a quarter to 6. As always, there were fans outside, enjoying the evening breeze, maintaining the sort of patient vigil with no likely resolution that’s usually associated with religious faith. At 6pm, I threaded my way through a group of young selfie-takers, past a man photographing his greying parents in front of the gate, and told the guards I had an appointment.

Two cups of tea, a sandwich and four-and-a-half hours later, I was finally ushered in to meet Khan. In the intervening time, my fellow interviewers—assorted journalists, critics and RJs—swapped stories about long waits to meet stars. The hardened ones wore theirs like battle scars: 12 hours to meet Tabu; 6 hours to interview Sonali Bendre. Everyone agreed that a couple of hours was par for the course with Khan. Several scribes seemed a little light-headed after their sessions. “He was very nice,” a young woman told her friends upon emerging. “He actually hugged me.”

That certain members of the press also get a little giddy in Khan’s presence is a small reminder of the hysteria that has surrounded him for most of his waking moments for the last 23 or so years. It’s that which makes his latest release, Fan, such a delicious prospect. Khan plays a Shah Rukh-like super-star, Aryan Khanna, as well as his super-fan and obsessive lookalike, Gaurav. A Yash Raj Films production, it is directed by Maneesh Sharma (Band Baaja Baaraat, Shuddh Desi Romance) and looks considerably darker than anything Khan has been in over the last few years. We spoke to him about the implications of playing himself and his own fan, and the surprising abundance of doubles throughout his career.

Let’s start with a newspaper report that surfaced recently, in which you’re quoted as saying that Yash Chopra was the first to narrate the story of ‘Fan’ to you.
No, he didn’t narrate, yaar. I think what happened was, I was talking to some people in my van, and in the conversation I was talking about Yashji and me and Dil To Pagal Hai. It was completely misread. Or maybe I said Yash Chopra instead of Maneesh, but no, he didn’t know about this film.

So the idea for the film was originally described to you by Sharma?
Maneesh had given me the idea around 10 years ago. He was working with Adi on Rab Ne Bana Di Jodi, so he had met me before that. He narrated the idea; I liked it, but I didn’t feel any of us were ready for it. Adi felt Maneesh should do some films on his own; he probably felt that because I’m a little spoilt and have to be treated with lots of love and care and gentleness, this way Maneesh would get the patience of making films with Shah Rukh. Then, when I was doing Chennai Express, I met Maneesh outside the studio and said, chal, picture banate hain.

When you said yes, were you prepared for the mental toll a film like this might take?
You’re right when you say that, but I wasn’t aware. I was aware of the physicality of it all, with the make-up and everything. Very early on, we decided there was going to be some amount of likeness, but that he can’t be a duplicate. And we had to figure out how to make him 24-25, with me being 50. So we did a couple of tests, failed miserably a couple of times, but continued and stuck to the film.

We finished the film a year back—the VFX took that long—so I’ve forgotten some of the process, but yeah, it was very schizophrenic. I mean, when you’re doing a commercial double role, good-bad, it’s not exactly superficial but you can pull it off. But this is quite internalized. It’s awkward for me to watch it.

Was it a stretch for you to enter the psyche of a super-fan?
The craft part—dialect, body language—is something you have to do as an actor, that’s your job. But neither Maneesh nor I were certain about the mindset of such a person. I can turn around and say, it’s a love story. To me, he’s a lover of a different sort, and I can borrow from my knowledge of being in love. It’s an entity we’ve all worked on—Maneesh’s dialogue, my enactment of it, the VFX—and it’s taken a shape of its own. We know who he is, but we don’t know how we made him. Psychologically, it’s quite an overwhelming experience.

The trailer brought back memories of ‘Darr’, another Yash Raj film in which you played an obsessed lover
I think the character I played in Darr bordered on the psychopath. This one isn’t like that. We were very clear that this can’t be a re-visitation of Darr, that would be stupid. But obviously, lot of people will say, similarity hai.

When you’re 24-25, you never realize the magnitude of the good or the bad you’re doing. Life at that age is based on instinct, love, just being. You don’t even realize how much life will change with your decisions because you’re too much of a believer. So I think Gaurav is based on a 24-year-old kid who doesn’t know what he’s doing, not because he’s stupid but because, yeh toh theek hai na, yaar...

You’re playing a version of yourself, as well as someone whose entire life is built around imitating that version of yourself. Did it all become a bit too meta at times?
I can’t divulge much of the story but there are moments in the film which are extremely schizophrenic. He playing the star, being like him but having his own personality, the star seeing him for the first time and realizing he’s a lookal… (takes a deep breath). I saw the film yesterday. I was wondering how I did it at the time, because although there was great clarity from the director and the technical team, I was four times confused.

If we look at your filmography, the idea of doubles, of polarities, turns up constantly; not just in your double roles but in films like ‘Baazigar’ and ‘Rab Ne Bana Di Jodi’ and ‘Dilwale’, where one person can almost be two separate personalities. Is this a theme that fascinates you?
I think actors choose an extension of themselves for their roles. After 25 years of being a star, there is a split personality to me, 100%. There are always two facets to me; my family feels it, my close friends feel it. I have a word for it—“demotional”. I’m extremely emotional and detached at the same time. Has it happened now, is it in my genetics? I don’t know. But yeah, I have got these two effectively opposite edges where I’m extremely emotional and sensitive, and I’m extremely detached and solo. That dichotomy maybe gets transferred when I’m choosing the films that I’m doing.

Even if it isn’t the case, people are likely to assume that the star figure you’re playing is, in effect, Shah Rukh Khan.
It’s quite fictional, and beautiful fictional. I’m not like that star. Aryan is not Shah Rukh, he’s more seasoned, more practical, more held back. Even in private life, he’s not like me. The flamboyance is also missing. We were very clear that we were not going to derive out of my life and put it there.

Your two releases this year, ‘Fan’ and ‘Raees’, explore darker territory than your last few films. Was there a conscious decision to explore riskier projects?
No. I’ve said this often enough, but people don’t believe me—they say he’s shifting gears. One has to understand that the films that are coming out now were signed two years ago. Raees was just a story I liked—it’s my Carlito’s Way, my Scarface, my take on the bootlegger film. Fan also just happened, as did Gauri Shinde’s film. It’s just the state of mind I’m in when I sign a film.

The important thing is always to be happy waking up in the morning, wearing make-up and shooting, because if I’m not happy, then nobody is happy. I have no reason to act but to feel happy. I don’t want to get into an X-crore club or listen to what the trade thinks or what the critics feel. I’ve been too long in this business. All of it will affect me if it’s negative, but after 25 years, 60 films, 16 hours a day, the core issue is, when I wake up in the morning, is it fun for me?

So you don’t have any particular sort of film in mind for future signings?
The idea is very clear in my head: that I want to do a fluffy film, or I want to do a superhero film, or an action film. But that has to match with an offer, so if there’s nothing, I go to the second choice in my head, and so on. There’s no concerted decision. I’ve never got a film written for me, never told a director, yeh nahi karoonga, aise likh kar la. The film has to be fully desired and made by the director, then everything follows. I want to work with directors who are dying to make their films and, kindly enough, want me to be a part of that.
Posted by a fan apart at 4:27 AM