There’s a story, possibly apocryphal, from the early days of Beatlemania, about John Lennon’s Rolls-Royce being surrounded by hysterical fans. As they pounded on the car, the singer told his chauffeur: “Don’t worry. They bought the car. They’ve got a right to smash it up.”

What do stars owe their fans? If we follow Lennon’s line of thinking, the answer is: Everything. They are, after all, the ones who raise them up and allow them to live out fantasies while they make do with a simulacrum of the same: a song, a movie. Yet, fans are also irritants, raising their objects of affection to the level of gods, forcing them into seclusion, even—as with Lennon and his former fan and eventual killer, Mark David Chapman—turning on them violently. 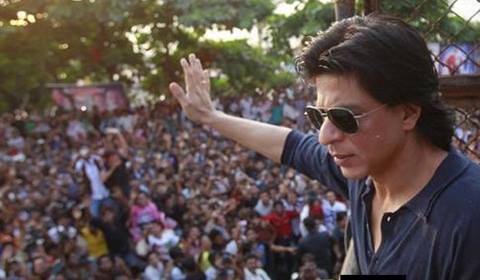 The first, better, half of Fan asks us to consider both possibilities—that fans are owed everything and nothing. Shah Rukh Khan plays Gaurav Chandna, a middle-class north Delhi boy in his 20s who happens to resemble a famous actor, Aryan Khanna (also Khan). Gaurav is also a huge fan of the actor, filling his room with Aryan memorabilia and modelling his behaviour on him. He uses his likeness to the star to enter local competitions as a self-proclaimed “junior Aryan”. And it is with the winnings from one of these talent shows that he funds his maiden trip to Mumbai, where he plans to meet his idol in person and present him with the trophy he won.

When he arrives outside Aryan’s house (Mannat, Khan’s actual home in Bandra), Gaurav finds himself swept up in a sea of fans. “I’m not like them,” he tells the guard at the gate; this doesn’t gain him entry, but it does set the tone for the rest of the film. For, Gaurav really does believe he has a special connection with his idol. He manages to gain Aryan’s attention after he manhandles a rival star, forcing Aryan to have him arrested and roughed up. There’s an electric scene when they meet for the first time in a jail cell, with Gaurav showing the full extent of his delusion—he tries to hug Aryan and is rebuffed. “I’ve done so much for you,” he tells him, distraught. “Who are you to do anything for me?” is the cold reply. 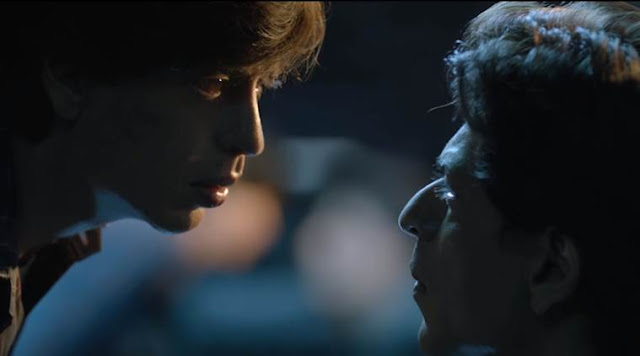 It’s when Gaurav goes off the deep end and starts stalking Aryan in London and Dubrovnik that structural problems begin to appear in the film’s facade. Screenwriter Habib Faisal never gets around to answering why, in the first half, no one comments on how—give or take a smoother nose and thinner lips—Gaurav looks exactly like the most famous actor in the country, especially when key scenes in the second half are predicated on people not being able to tell the two apart. Director Maneesh Sharma ramps up the action once the film moves to Europe, and there’s a decently executed rooftop chase. Yet, by turning Gaurav into a borderline psychopath, any further insight into the celebrity-fan dynamic is lost.

Getting Khan to play not only a version of himself but his own lookalike is certainly a stunt, but it’s a successful one. This is not only because the narcissism involved in such a project is perfect for Khan—who has, over the years, raised self-love to the level of an art—but because his whole career has been a constant exploration of the idea of cinematic doubles, of polarities and splits in personality. Apart from bona-fide double roles in Duplicate and Don, he played a timid man and a ghost who assumes his form in Paheli, and a timid man and a robot who assumes his form in Ra.One.

Then there are films in which he’s playing a character who might as well be two people: the dutiful son and the ice-cold killer in Baazigar; the dorky husband and the smooth star in Rab Ne Bana Di Jodi. One of the pleasures of early Shah Rukh performances was the way he could seemingly switch personalities in the middle of a scene. Even after repeated viewings, how startling is that moment in Dilwale Dulhania Le Jayenge when he abruptly switches from teasing Kajol about what she may or may not have done the night before to convincing her, with the intensity of an obsessed lover, of his “Hindustani” moral code?

It’s been a while since Khan did anything that involved the switching on of one personality, let alone two. Fan is a welcome correction. Gaurav, who carries in his voice the hurt of a jilted lover, is a fascinating creation, but Khan also plays Aryan beautifully as a wearier, warier version of himself. The film bears little resemblance to what audiences have come to expect from a Shah Rukh vehicle: There are no songs, no heroines romanced. It’s difficult to imagine what his fans, jabra or otherwise, will make of a film that spares neither them nor their hero. In the world of Fan, both parties are entitled to smash up each other’s worlds.
Posted by a fan apart at 4:30 AM