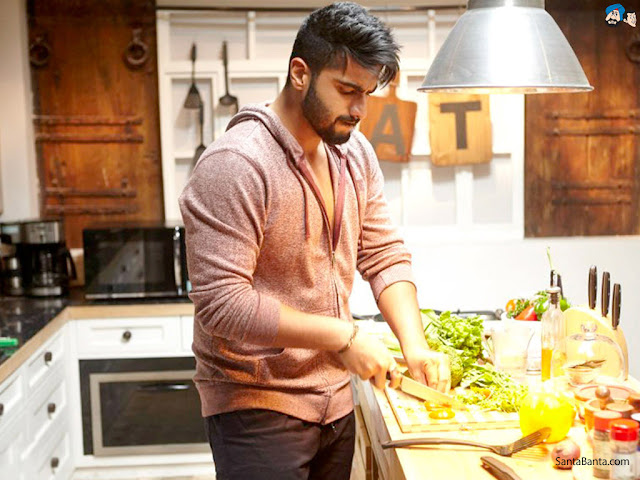 My experience of watching Ki & Ka was enlivened considerably by the fact that more than half the movie hall I was in had been taken up by what appeared to be a giant kitty party. They arrived in the morning, a chattering, excited group of middle-aged women, about 50 strong. I happened to be seated in their midst, which meant that I was constantly trying to separate what was unfolding on screen from their evaluation of it. They giggled whenever someone said “chaddhi check”, the film’s running euphemism for sex. There were murmurs of “Byomkesh Bakshi” when Rajit Kapur appeared. And when an actual kitty party took place on screen, there were shrieks of laughter.

It is possible that my fellow audience members will look upon Ki & Ka with more fondness than I was able to muster. It is, after all, a film that sings, from start to finish, praises of the housewife, the homemaker. Like R. Balki’s 2009 film Paa, in which Abhishek Bachchan played Amitabh Bachchan’s father, this one too is built around roles reversed: that of husband and wife. Kabir’s (Arjun Kapoor’s) aim in life is to emulate his mother and be a stay-at-home husband; Kia (Kareena Kapoor) is an ambitious marketing professional with zero interest in running a home. But they like each other and soon marry: Ki and Ka, career gal and house husband.

Now, this is not an uninteresting premise; few, if any, Hindi films have explored this particular dynamic. Unfortunately, the film keeps playing the same few notes over and over again. During one of their first dates, Kabir gets upset when Kia suggests that running a home is, essentially, doing nothing. An hour and a half later, they are still fighting about the same thing. I lost count of the number of times we were invited to admire the resilience, the sacrifice, the artistry of the homemaker. By the 1-hour mark, the film has said all it had to, and then it just goes and says it again.

Whatever Balki’s strengths might be—and there is some pleasure to be had in the urbane glibness of his writing—subtlety isn’t one of them. As Kabir gains a measure of fame as a model homemaker, Kia (whose own career is flourishing) becomes utterly, irrationally jealous. Just as one is trying to process this late veer into Abhimaan territory, the actors from that film, Amitabh and Jaya Bachchan, turn up as themselves. It’s a lovely interlude, and if it wasn’t presented to us as an all-too-obvious “message”, it would have worked a lot better.

The narrative obviousness is matched by stylistic unsubtlety of the highest order. When Kabir needs to come up with money quickly, he takes a ride on his Segway at night. The situation is perfectly clear to us, but Balki nevertheless fills the soundtrack with Kabir’s voice saying things like, “I need money. Quickly. What can I do?” Similarly, to convey the success of Kia’s business plan, he resorts to an on-screen graph with a rising arrow. There’s also the perplexingly busy camerawork by P.C. Sreeram, whose use of close-ups is both disorienting and distracting. If there’s a good reason why a sensible two-shot of Kareena and Arjun should be followed by a side-angle view of the latter’s beard from a few inches away, it was unclear to me.

I’ll end with a minor, though telling, grouse. For a film this saintly, I was disappointed to note the replacement of one kind of prejudice (against housewives) with another (against hired help). Kia and Kabir’s maid is shown to be untrustworthy, which is then used as justification by Kabir to install a spycam to keep track of her activities while they are on holiday. That’s the problem with making a film that considers itself a sort of public service. The higher you raise yourself, the farther you have to fall.

This review appeared in Mint.
Posted by a fan apart at 3:54 AM