Sometimes a review doesn't quite take off. Was sad this one didn't, though, because I love the book and the Cuaron film. 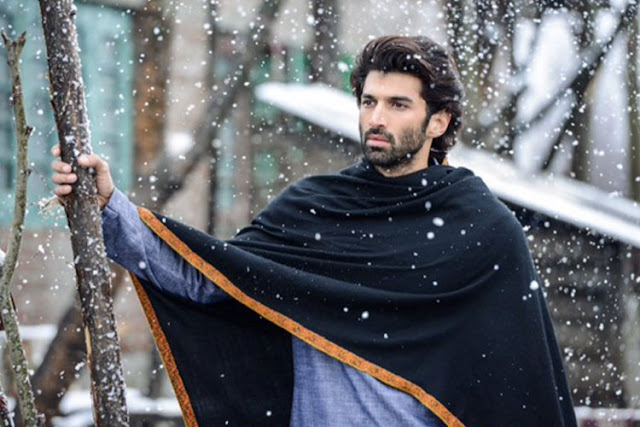 Great Expectations has been adapted for screens big and small over a dozen times. At least two of these attempts have proved memorable: David Lean’s 1946 version, with its expressionist touches, and Alfonso Cuarón’s sensuous modern-day adaptation, with Gwyneth Paltrow as the enigmatic, unattainable Estella. Whether Abhishek Kapoor has seen these films isn’t clear, but what is undeniable is that he has made a version that’s uniquely his. Fitoor is lush and aching, more Regency novel than Dickens. And it works, but only up to a point.

We will come to that point shortly, but first, let’s take a moment to dwell on Fitoor’s glorious opening stretch, half an hour of beauty for beauty’s sake. It unfolds in Srinagar—not the scarred war zone of Haider but a snowy cinematic dreamland. Buoyed by Amit Trivedi’s hushed soundtrack and Anay Goswami’s elegant, gliding camera, we receive fragments of a story as if in a dream. A young boy called Noor is accosted by a wild-looking convict and is scared into bringing him food. Later, the same boy visits a rich recluse, Begum Hazrat. He meets her daughter, Firdaus, and instantly falls for her. She, however, keeps him at arm’s length, something Begum notices and seems to delight in.

The idea that a single small event might set the course of our lives is at the heart of Great Expectations. ("Pause you who read this, and think for a moment of the long chain of iron or gold, of thorns or flowers, that would never have bound you, but for the formation of the first link on one memorable day".) In Fitoor, as in the book, this first link is made when Noor lays eyes on Firdaus—though there are other fateful encounters he will learn about in due course. After Firdaus is sent away to London and Begum (Tabu) tells Noor that he must become worthy of her, the film skips forward 15 years. Noor (Aditya Roy Kapoor), now a budding artist, is offered a residency in Delhi. His benefactor remains unnamed, but he assumes that it’s Begum helping him win over her daughter. Soon, we meet the grown-up Firdaus, which is when the film starts losing its grip.

Firdaus is played by Katrina Kaif, and one can see why, on paper, this might make sense. Estella keeps a tight lid on her emotions, which would seem to suit Kaif’s range, which has broadened only slightly in the last 12 years. But Estella, raised by Miss Havisham as her revenge on men, is a difficult part, and Kaif, hard as she might try, isn’t the right actor to get to convey complicated emotional states. The problem isn’t just the actor’s familiar undisturbed surface, but her inability to suggest that something is going on underneath. Roy Kapoor does make you feel for Noor intermittently, but his character exists only to love Firdaus, and no matter what he does, she’s never as interesting to us as she is to him.

It is left to Tabu to keep pulling the viewer back into the film. Her Begum is less decrepit than Dickens’ Miss Havisham, but the ruin is plain in Tabu’s eyes and body. Dark circles under her eyes, her voice a perpetual sigh, Begum—for all her manipulation of Noor—is a tragic figure, something the film accentuates by giving her a flashback of her own. The normally understated Tabu embraces Begum’s theatricality, playing her with a building hysteria that soon outpaces the rest of the film in emotional intensity.

It would be unfair to lay all the problems of the film at Kaif’s doorstep. Certain essential passages are fumbled; when the grown-up Noor meets the convict, the scene barely registers, even though it’s a dramatic high point in the novel. The scenes set in Delhi’s art world are unbearably pretentious—the contrast between their insider lingo and the Urdu that’s spoken in the rest of the film is jarring. But these drawbacks might have seemed minor if the actor playing Firdaus had the right mixture of sadness and sadism. As it stands, Fitoor is about Noor, Noor is all about Firdaus, and Firdaus is a beautiful blank.
Posted by a fan apart at 10:04 PM