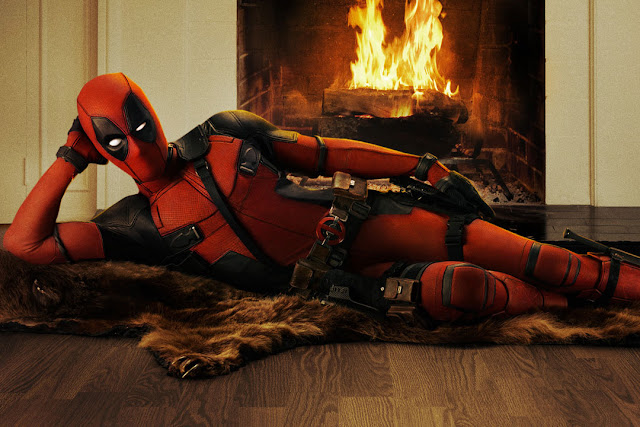 Deadpool signals its intention with its opening credits. Instead of cast and crew names, we get a series of super-honest monikers: Star Ryan Reynolds is “Sexiest man alive”, antagonist Ed Skrein “A British villain”, director Tim Miller “An overpaid tool”. Within 15 minutes of the film starting, we have seen a single bullet enter and exit the skulls of three men standing in single file. We see a body hurled against a billboard and splatter. Later, there’s a scene with the hero being pegged by his girlfriend. There’s also a fleeting glimpse of Reynolds’ nether regions during a fight scene. All this, in a comic book movie.

So sure, Deadpool is subversive. It is also very keen to be seen as subversive. There’s more cussing, violence and nudity here than in any previous comic book movie, but what registers even more is the film’s constant vigilance against even the smallest of superhero tropes. As soon as a cliché raises its head, the film jumps on it, hitting it back with a wisecrack or a filthy joke or someone’s head exploding. It is fascinating to see this sort of undercutting going on, like someone repeatedly sawing off the branch they are sitting on.

Deadpool is a vigilante anti-hero in the X-Men universe of Marvel comics; those with a memory for such things might remember that Reynolds had briefly turned up as the character in X-Men Origins: Wolverine (2009). This film is an origin story as well: It tells us how Wade Wilson, an ex-Special Forces soldier, is transformed into a disfigured mutant with super strength and the ability to heal quickly. After his transformation, Wade escapes from the facility in which he’s being held, dons a mask and an alter-ego, and goes looking for Ajax (Skrein), the mutant who made his face look, as his friend puts it, like an avocado had had sex with an older avocado. We get most of the backstory—including his relationship with his girlfriend Vanessa (Morena Baccarin)—in two long, loping flashbacks: The film’s desire to mess around extends to its structure as well.

It isn’t like Deadpool does not have genre precedent. Kick-Ass was almost as filthy a comic book movie, and Ant-Man was just as willing to poke fun at its own clichés. But Miller takes everything further, breaking the fourth wall repeatedly and reminding the audience that this is a studio film. The near-constant stream of emotional undercut and verbal upper-cut is bracing; you never know when the bottom might drop out of a conversation, or a scene. Rhett Reese and Paul Wernick’s screenplay is closer to the culturally aware, quick-witted work of Michael Bacall (Scott Pilgrim vs. the World; the Jump Street movies) than the banter of The Avengers or Guardians Of The Galaxy (it’s also much funnier than Kick-Ass, which was transgression without wit).

Deadpool is the first big-screen manifestation of what Marvel has been doing on TV with Jessica Jones and Daredevil: creating options for the adult comic fan. It’s an indication of how utterly dominant the comic book movie is today that Marvel and DC can afford to fragment the market: Spider-Man for children, X-Men for the socially aware teens, Suicide Squad for the near-adults, Ant-Man for the hipsters. Deadpool is both part of this market and apart from it, game enough to wear the suit and mask but also willing to bite the hand that feeds it. Which is reason enough to root for the franchise, for now.

This review appeared in Mint.
Posted by a fan apart at 10:11 PM