Shadowy Past: Badlapur and Indian Noir 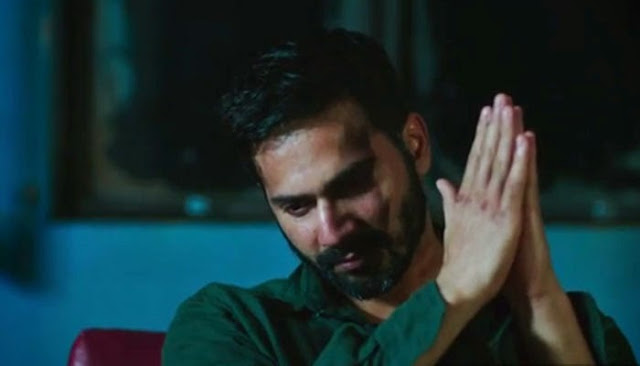 Revisiting Paul Schrader’s seminal 1972 essay "Notes On Film Noir" a couple of days ago, I came across a line I hadn’t paid attention to in earlier readings. In the section on the stylistics of noir, the screenwriter of Taxi Driver writes: “Compositional tension is preferred to physical action.” One imagines Sriram Raghavan, Bollywood’s most dedicated purveyor of noir, has these words tattooed on his arm. Raghavan’s set-pieces are marked as much by the suddenness of the violence as they are by his willingness to delay the pay-off and build the surroundings within which the action takes place. Film writer Phillip Lopate once remarked that any architecture student should be able to sketch the house in Satyajit Ray’s Charulata after watching the movie. On a less exalted level, I’d hazard that a careful viewer, after seeing the one-take gunfight in Raghavan’s Agent Vinod (2012) or the train sequence in his Johnny Gaddaar (2007), would be able to recreate them from memory, such is the film-maker’s control and attention to detail.

Schrader goes on to argue that noirs are marked by “measured pacing, restrained anger and oppressive compositions”. All these qualities are at the heart of Badlapur, Raghavan’s third neo-noir after Ek Hasina Thi (2004) and Johnny Gaddaar, which released in theatres on 20 February. Like Ek Hasina Thi, Badlapur is a revenge film, but one that subverts audience expectations until the lines between antagonist and protagonist, hunter and prey, are erased completely. That the film isn’t messing around is evident in the opening moments, when a child is tossed from a car and his mother shot. But the truly daring twist arrives imperceptibly, as we find our sympathies shifting ever so slowly from Raghu (Varun Dhawan), who embarks on a revenge that will take 20 years to come to fruition, to Liak (Nawazuddin Siddiqui), the killer of his wife and child. 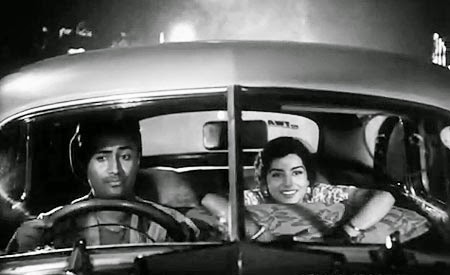 Badlapur isn’t a straight-up noir: The screen isn’t shrouded in shadow, there’s no fatalistic voice-over, and Raymond Chandler’s rule about someone who “is not himself mean” going down mean streets is soon discarded. Instead, what we get is a sprinkling of noir themes and tropes: the pervasive fog of bad luck; the idea that once fate plays a hand, there’s not much you can do about it; a progressively dark and rainy second half; a femme fatale, played by Huma Qureshi, who wanders in and out of the narrative; the unravelling mental state of Raghu and the gradual fatalism of Liak. One might consider it a distant cousin of neo-noirs like Michael Mann’s Collateral (2004) and David Cronenberg’s A History Of Violence (2005)—films that explore the effects of violence on aggressor and victim, perpetrator and bystander. Raghavan, one of India’s most cine-literate directors, would be the first to point to a long, if slim, tradition of noir film-making in the country. The first Indian noirs appeared as the 1940s were ending. Kamal Amrohi’s Mahal (1949), stunningly photographed by Josef Wirsching, was a romantic noir in the vein of Otto Preminger’s Laura (1944). Dev Anand, surprisingly stoic, appeared in several noir films, including Guru Dutt’s Baazi (1951) and Jaal (1952), Chetan Anand’s Taxi Driver (1954) and Raj Khosla’s C.I.D. (1956). Many of these were photographed by V.K. Murthy, whose unique feel for light and shade resulted in lush, dramatic compositions (when Dutt abandoned the crime noir, Murthy’s presence behind the camera meant that this signature shadowy look carried over into his other films). But once colour took over, Indian noirs dried up. Bollywood didn’t have the appetite for gloom and world-weariness that was so central to the genre; also, the advent of the Angry Young Man called for a more proactive approach to life’s woes. 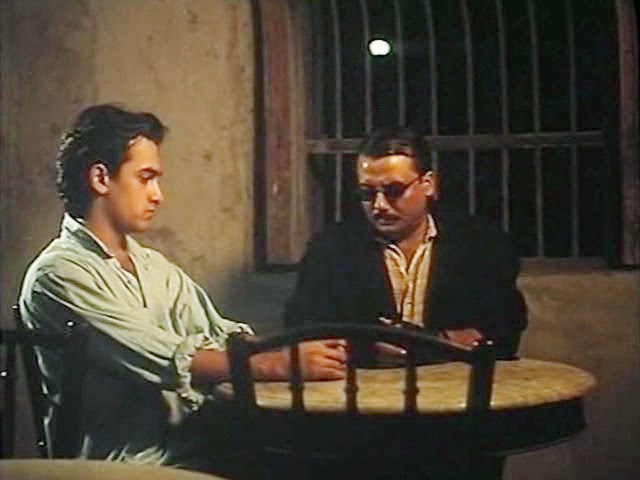 In the latter half of the 1980s, there was a revival of home-grown noir. Aditya Bhattacharya’s Raakh (1989) and Vidhu Vinod Chopra’s Parinda (1989) gained tremendously from their shadowy look and seedy, amoral atmosphere. Ram Gopal Varma’s Satya picked up where Mira Nair’s Salaam Bombay! (1988) left off, establishing a new template for the Mumbai crime noir. Anurag Kashyap made his noir pastiche No Smoking (2007); Vishal Bhardwaj borrowed from the genre for Maqbool (2003), Kaminey (2009) and 7 Khoon Maaf (2011), as did Reema Kagti for Talaash (2012). Dibakar Banerjee’s Shanghai (2012) was a throwback to the political noirs of Alan J. Pakula and Sidney Lumet. Navdeep Singh’s Manorama Six Feet Under (2007) was a clever take on Chinatown (1974), while Rajat Kapoor’s Mithya (2008) was that rare breed: a noir comedy. Last year, cinematographer Rajeev Ravi—who has shot most of Anurag Kashyap’s films—made Njan Steve Lopez, an existentialist black comedy slacker noir that was too spaced out to be much good but was, at the very least, an encouraging sign that Indian film-makers were still looking to take this genre to unexpected places. Will Kashyap and Ravi tip their forthcoming Bombay Velvet towards the dark side? Considering that the film is reportedly soaked in jazz, one can only hope that it’s wrapped in shadows as well.

This piece appeared in Mint Lounge.
Posted by a fan apart at 4:45 AM