Against the Sun: Review 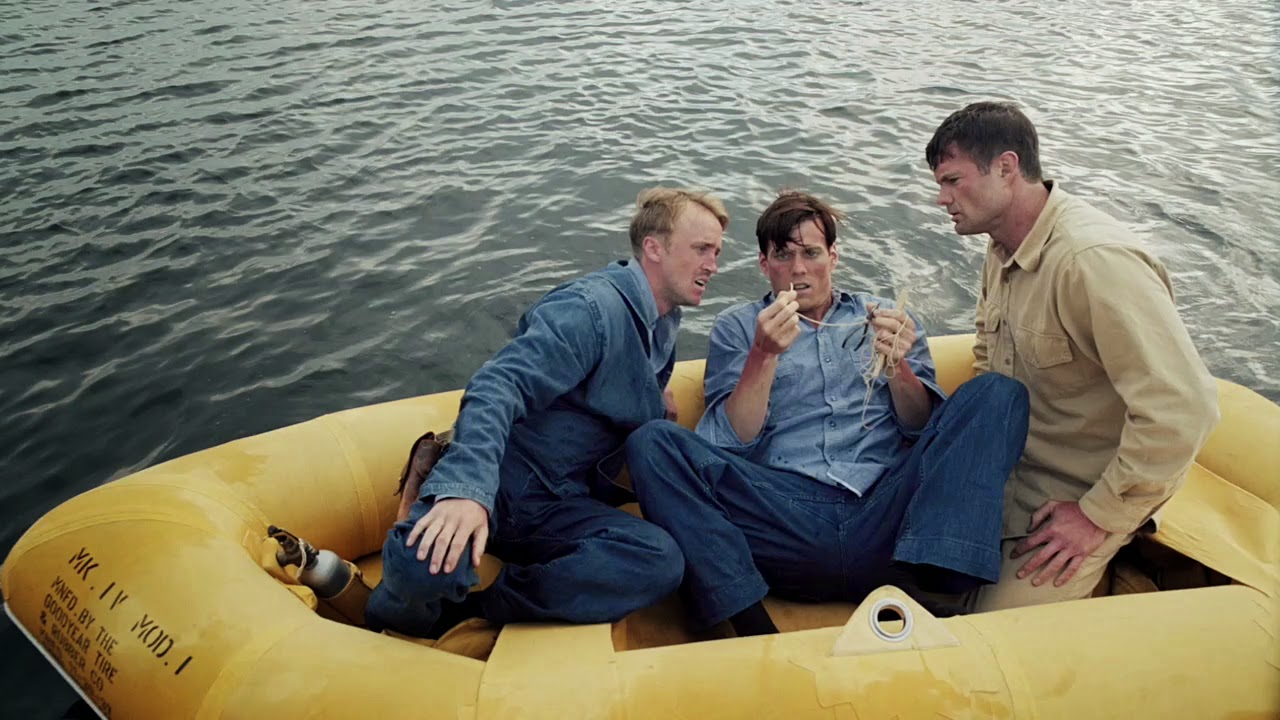 If you’ve seen one film about crash survivors on a raft lost at sea, you’ve pretty much seen them all. There’s a bad-luck checklist that these films tend to tick off, starting with sunburn and the dangers of drinking saltwater, and moving on to bigger obstacles like hurricanes and shark attacks. Brian Falk’s Against The Sun, based on a true story about three US navy airmen who drifted over 1,000 miles on a raft after their plane went down over the Pacific in 1942, doesn’t have any new tricks up its sleeve. But it does execute the old ones well.

We first see Harold (Garret Dillahunt), Tony (Tom Felton) and Gene (Jake Abel) in their bomber jet, just as they’re starting to lose their bearings and run out of fuel. Harold, the pilot and highest-ranking member of the crew, manages a scrambled but successful water landing. The three men make it to the raft unscathed, but without food, water or medicines. They pin their hopes on the rescue mission—“They’ve got procedures for this,” Gene confidently tells Tony—but the plane that appears the following morning either doesn’t spot them or isn’t looking for them at all. Harold takes charge, organizing lookout schedules and fashioning a crude map and sea anchor in an attempt to steer them towards where there could be land. Resentments flare up, mostly between gruff Harold and short-tempered Gene, but the film never gets emotionally messy.

Against The Sun has the immense bad luck of releasing a couple of months after Angelina Jolie’s Unbroken, which had an extended sequence—also based on a true story—in which three American airmen drift on a raft for weeks in the ocean. It’s likely that most of those who saw Unbroken will give Falk’s film a miss. Yet those who don’t might be surprised at how affecting the unforced camaraderie of the three characters is after a while. Dillahunt, so effective in the HBO series Deadwood that after his Jack McCall was killed off, he was brought back as an entirely different character, gives his square-jawed leader unexpected moments of vulnerability. Abel manages the difficult feat of slouching and looking cool in a raft, while Felton (Draco Malfoy in the Harry Potter films) is very moving as the faint-hearted Tony. Unexpectedly, given that he’s British, Felton also looks and sounds like Aaron Paul from Breaking Bad. Good as he is, I would’ve paid a fortune to see Jesse Pinkman on that raft, shouting “Yeah science, bitch” at passing sharks.

This piece appeared in Mint.
Posted by a fan apart at 3:28 AM