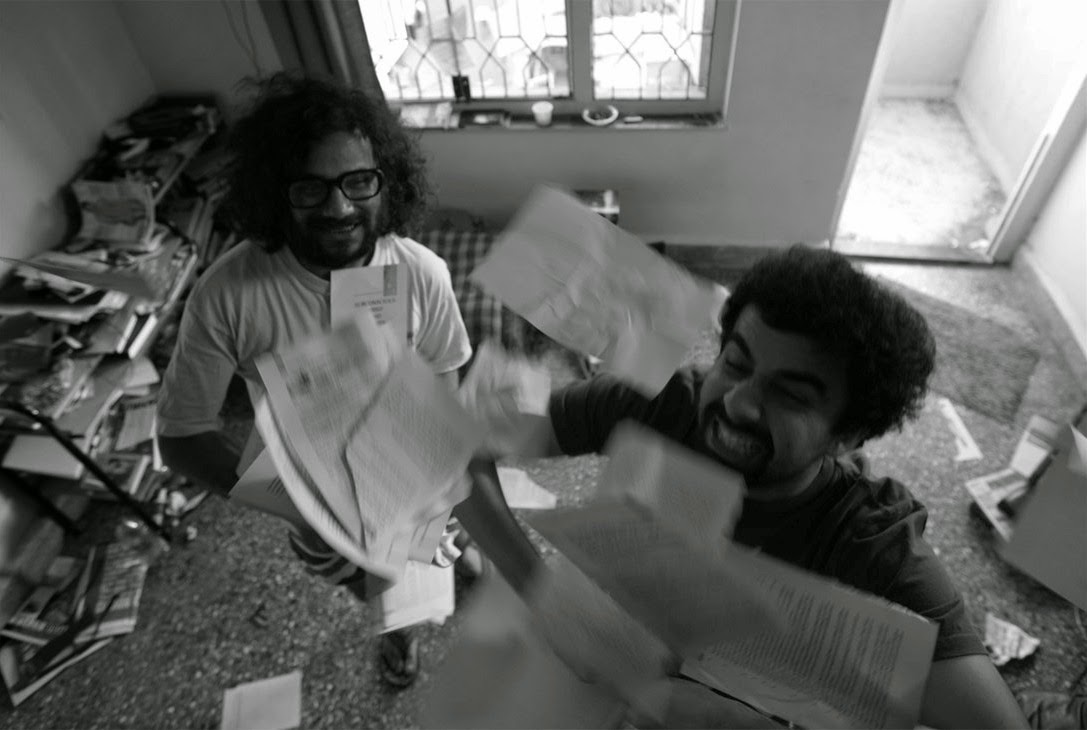 Amit Masurkar's Sulemani Keeda, a film about two fledgling screenwriters schlepping their script across Mumbai, was good enough to get me thinking about what it was not. It's a decade and a half too late to be Hyderabad Blues. It isn't insightful enough about Bollywood to be Luck By Chance. It's got the dirty mouth of Delhi Belly, but lacks its relentless forward momentum. What we're left with, then, is something that's part buddy movie, part romantic comedy, part indie satire. It doesn't exactly add up, but it's smart — and small — enough to make its audience feel superior to the objects of its derision.

Dulal (Naveen Kasturia) and Mainak (Mayank Tewari) are trying to get their screenplay, tentatively titled "Sulemani Keeda", to the upper echelons of Bollywood. We watch them pitch to Mahesh Bhatt ("It's a mix of LSD and Hukumat, with shades of Dev. D And the costumes will be like Gadar") and Anil Sharma, and try and land meetings with Farah Khan and Karan Johar. No details about the film they're writing are divulged, but we instinctively know that it's unlikely to be very good — neither sad-sack Dulal nor his unchained id of a writing partner seem especially bright. They look down on their TV serial-writing brethren, but the one line they quote from their script — "Gaanja maangoge Coke denge, rishwat maangoge thok denge" — suggests that there's a reason they're strugglers. They may think they're Salim-Javed, but they're actually Farhad-Sajid.

The in-joke at the heart of Sulemani Keeda is that the producer, Tulsea Pictures, is a firm which hooks young writers up with film projects. One wishes, though, that the satire had a little more bite — that it hewed closer to the struggles of Tulsea's actual clientele. Instead, we get a series of pro-forma jabs at Bollywood, and a couple at the pretensions of indie cinema. Most of these are supplied by Gonzo (Karan Mirchandani), the delusional coke-snorting son of a famous producer, who hires the duo to write his "launch film". Mainak the hustler goes along with his ridiculous demands ("I want lustless orgies"), while Dulal just keeps getting more and more depressed. It's not that the scenes with Gonzo aren't funny, just that this sort of loony indie director character seems somewhat old hat. And his turnaround is one the film's more predictable jokes: the same Gonzo who starts off wanting to make a film with no story and no hero has given up his dreams of Tarkovsky and is starring in a Shetty-esque (now that's an unfortunate adjective) action comedy.

The film finds its rhythm — and its heart — in the scenes with Ruma, a girl Dulal meets at a party. Ruma is played by Aditi Vasudev, Rishi Kapoor's willful daughter in Do Dooni Chaar. She's just as self-possessed here, cutting through Mainak's constant stream of bullshit and recognising something like potential in mopey Dulal. The scenes where they're getting to know each other are beautifully written and played; the Sewri sequence, especially, is as effortless an example of young people walking the line between talking and flirting as any in recent Hindi cinema. You can see why Dulal is attracted to Ruma — she's everything he and his cartoonish, skirt-chasing partner are not: witty, driven and in total control. "I never thought you could speak so much," she tells Dulal, just when he begins to open up to her at the party. Followed by: "I like men who are not that good-looking." In boxing, it's called a one-two punch. 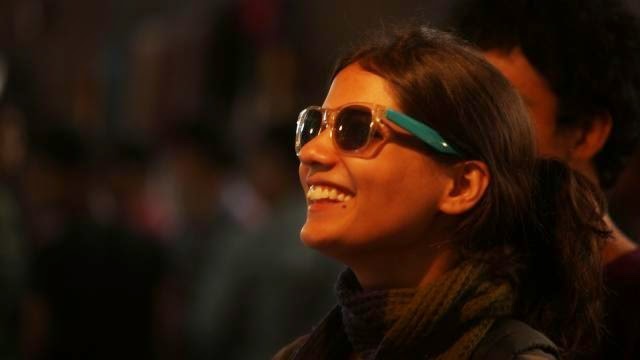 Sulemani Keeda is visibly indie, both in terms of its spartan style (shot on digital, using actual locations) and its ethos (building scenes around long, rambling conversations). The film is generating a reasonable amount of advance buzz, and hopefully it'll attract a large enough audience to encourage others to take up small, specific projects instead of large, predictable ones. This is a very likeable film: the writing (by Masurkar) is unstrained, the performances by and large amusing. If I expected a little more from it, the fault might lie more in me than in the film.

This review appeared in The Sunday Guardian.
Posted by a fan apart at 10:54 PM