Did this year-end wrap-up column for GQ's December issue. 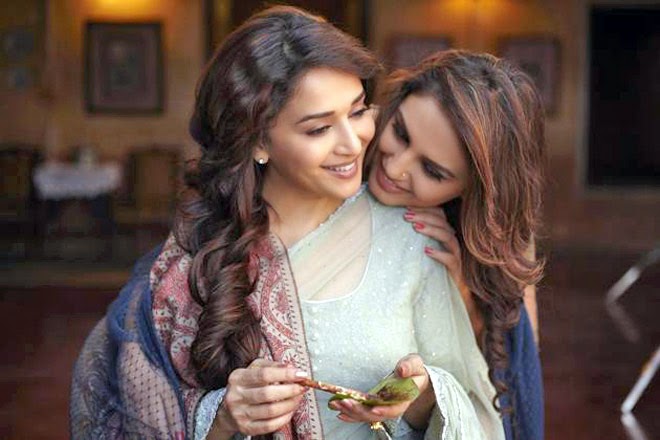 “Don’t worry, tum mere saath safe hai.” This is a line from Omung Kumar’s Mary Kom, spoken when a bike carrying a guy and a girl breaks down on a deserted road at night. The speaker, surprisingly, is the girl. Only, by the time the film released, in early September, it wasn’t so surprising. 2014 was an anomaly of a year, one in which Bollywood offered up film after film that questioned prevalent gender attitudes and placed the heroine front and centre, rather than off to the side and in a frilly dress. The titles should have tipped everyone off: Gulaab Gang, Queen, Revolver Rani, Mary Kom, Finding Fanny…

It began with Abhishek Chaubey’s Dedh Ishqiya. The balance in that sly film shifted on the word ‘lihaf’, a nod to a controversial 1942 short story by Ismat Chughtai. This hint towards possible Sapphic longings in the Madhuri Dixit-Huma Qureshi relationship is underlined by an ingenious bit of shadow play; yet even before this revelation lands with a thud, Arshad Warsi and Naseeruddin Shah must have felt the film slipping away from them. Faced with the prospect that the heroine might not require a hero at the end, all the boys can do is play with their guns, while the girls make off with the money and each other.

In hidebound Bollywood, you can break new ground simply by allowing your female protagonist the choice to be single at the end. In Vikas Bahl’s Queen, Rani, played by Kangana Ranaut, makes choices that wouldn’t – or couldn’t – be made by past Hindi film heroines: to go on her European honeymoon alone after her fiancé dumps her; to room with three boys in an Amsterdam hostel; to develop a crush on (but not an attachment to) an Italian chef. Her final act of self-validation occurs at the end, when she returns her now-contrite fiancé’s ring. What was doubly touching about Queen was the way Ranaut too seemed to be rediscovering herself. In a remarkably candid TV interview around the time of the film’s release, the actress recalled without bitterness how her accent used to made fun of, and how she could never get critics to take her seriously. When host Anupama Chopra asked her what spurred her on, she replied, “Strong criticism. About everything.” Ranaut wasn’t the only star who chose to address her own public image with humour and self-awareness. Alia Bhatt turned the ridicule her faux pas on Koffee with Karan (‘Prithviraj Chauhan’, in reply to ‘Who’s the president of India?’) had generated on its head by appearing in a YouTube video with the AIB comedy collective. The short showed Bhatt attending a general knowledge boot camp after the fallout of the Karan Johar episode. A few weeks after that, Deepika Padukone fired off an exasperated salvo in response to an ogling Times of India photograph of her, tweeting “Supposedly India’s ‘LEADING’ newspaper and this is ‘NEWS’!!??”

Most of the year’s better films turned and twisted on the choices made by female characters. Hasee Toh Phasee takes a hairpin turn every time Parineeti Chopra is struck by a new bad idea. Highway begins with man metaphorically on top as Randeep Hooda kidnaps Alia Bhatt, but as soon as she decides to make the best of a bad situation – much like Rani in Queen – she becomes the film’s motive force. Like Rani, Bhatt’s Veera refuses to agree to an unexciting arranged marriage, and ends the film on her own, and happy. Deepika Padukone instigates both the road trip and the first, second and third move on Arjun Kapoor in Finding Fanny. And Tabu’s Ghazala is the wilful, bruised heart of Haider. 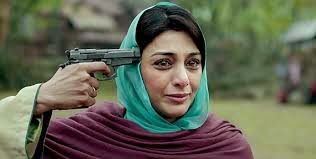 There were also several films that tweaked gender roles in fascinating ways. Normally, heroines in films like Mardaani or Bobby Jasoos would have to spend half the running time explaining why they’re encroaching upon male territory. But Rani Mukerji’s police inspector and Vidya Balan’s private eye seem so at ease in their own skin that no one bothers to point out that they’re doing a ‘man’s job’. (Contrast this with No One Killed Jessica three years ago, in which Mukerji’s character was a walking, cussing lesson in gender equality.) Female characters fought and won big battles this year – for instance, Mary Kom arguing that career ambitions should never end with motherhood – but maybe the smaller victories will prove just as significant in years to come. I’d be perfectly happy if 2014 was remembered as the year when female characters worked out onscreen while the men pottered around and made tea, something that happens in both Mary Kom and Mardaani.

Of course, it takes just one ridiculous action movie or a shocker like Raanjhanaa to remind us that this is Bollywood (and India). It’s also worth noting that for all the progressiveness displayed by female characters in 2014, only a small handful of the films were by women directors. It was, however, a productive year for women documentary filmmakers: Nishtha Jain’s Gulabi Gang, Nisha Pahuja’s The World Before Her and Deepti Kakkar’s Katiyabaaz (co-directed with Fahad Mustafa) all managed theatrical releases. Geetu Mohandas, meanwhile, made it to Sundance with Liar’s Dice; her film was also selected as India’s entry for the Oscars. It might all come crashing down next year, but if some of the gains of 2014 are built on, we might have taken a couple of significant steps towards a more equal cinema.