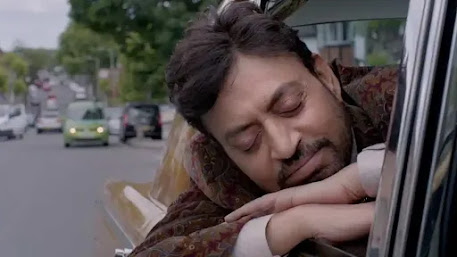 It was, everyone will agree, the worst of times. Three months into 2020, the pandemic shut down cinemas, which have now reopened but are struggling to bring back the crowds. With no other option, Hindi cinema picked up the pieces and set up shop on streaming platforms. And though it was a year of loss for the industry, at least we had the movies. From the dozens of Hindi films (some of which made the festival rounds before 2020) that saw a digital or theatrical release this year, here are 10 special moments.

When Irrfan Khan returned from his treatment for cancer abroad and shot for a film for the first time in more than a year, fans allowed themselves a little hope. But those close to the actor knew the truth. Perhaps this is why his friend, director Homi Adajania, ended Angrezi Medium—the last film many of us saw in theatres before the lockdown—with a shot of Khan, his head slightly out of a car window, a beatific smile on his face, closing his eyes. It felt like goodbye. A month and a half later, the best actor of his generation was no more.

She calls him by his name. It may not seem like much, but this moment is the culmination of 100 minutes of carefully wrought romantic tension. Over the course of Rohena Gera’s film, we see Ratna (Tillotama Shome), a domestic worker, and Ashwin (Vivek Gomber), her employer, develop a halting attraction to each other. Finally, in the last shot, she ceases calling him “Sir”, a heart-stopping moment—and an indictment of a culture in which a domestic worker using an employer’s name can be the whole point of a film.

A hug in ‘Thappad

Amrita (Taapsee Pannu) is slapped by her husband during a party at their house. She passes the next day in a sort of daze. When she goes to meet her friend Shivani (Dia Mirza), who witnessed the incident, they talk about marriage and loyalty but Amrita can’t bring herself to mention the slap and Shivani doesn’t broach the subject. Instead, she tells Amrita she wants to give her a hug, which her friend gratefully accepts. This sisterly solidarity is the first bit of support Amrita gets, a small kindness that sets her on the road to a painful but necessary decision.

Sitting late at night with her father at the dining table, aspiring air force cadet Gunjan (Janhvi Kapoor) brings up something that has been troubling her. “The air force would expect all their pilots to be patriotic. But I just want to fly planes,” she says, wondering aloud if she’s committing “gaddaari”. Her father (Pankaj Tripathi), a former army man himself, tells her if she loyal to her job, the question of betraying her country does not arise. It's welcome deflating of nation-love, all the more surprising for turning up in a film about the armed forces.

The second call in 'Cargo'

In Arati Kadav’s lo-fi sci-fi, a lone demon aboard a spaceship, Prahastha (Vikrant Massey), helps the recently deceased to the afterlife. One day, over his objections, a video call is placed to an old lover of his on earth. In a lovely bit of meta-casting, Mandakini is played by Konkona Sensharma, Massey’s director in A Death In The Gunj. Prahastha and her have a superficial conversation, avoiding the subject of why he left and cut off all contact with her years ago. They hang up. Then Prahastha calls back, and this time they talk for real. Mandakini tells him she feels like she’s talking to a ghost. Prahastha agrees, saying, “I feel like the people who come here are alive and I am the ghost.”

The time lapse in ‘Bhonsle’

We see a man pass a dreary day in a flat in a Mumbai chawl. His name is Bhonsle; he seems to be in his 60s, and has just retired from the police force. He makes tea, drinks it with a plain pav—probably breakfast. He scrubs the floor, washes his clothes and hangs them out to dry, makes lunch and eats it. All the while, music plays on a malfunctioning radio. The same actions are repeated later in the day—or is it another day? The mundanity, the loneliness, and the surrender in Manoj Bajpayee’s silent performance are underscored when, between cuts, the character ages dramatically. A white-haired, wizened man now performs the same actions. Director Devashish Makhija returns to the comparatively younger Bajpayee, but these few shots make clear that we have just witnessed the rest of this man’s life.

In Honey Trehan’s detective noir, Nawazuddin Siddiqui’s Inspector Yadav is first seen in a photograph his mother (Ila Arun) shows a prospective rishta at a wedding. “Rang saaf nahi hai (he’s dark-skinned),” the girl says. “Par mann saaf hai (but he’s good-hearted),” his mother replies. The deftness of the answer can’t erase the sting of the immediate rejection. Later, when Yadav’s mother admiringly compares him to Ajay Devgn, we realise that Devgn and Siddiqui are perhaps the only male stars working in Hindi cinema today about whom the girl would have been able to make the comment.

On her way to ask for a loan from a religious trust so she can continue her studies, Fatin (Sarah Hashmi) texts a classmate. He asks her where she’s headed. She starts to write “Bhendi Bazaar”, a Muslim neighbourhood in Mumbai. She then deletes this and types “Town”—upscale, secular. This little detail tells us everything about Fatin’s uneasiness with being associated overtly with her own community, a theme that runs through Shazia Iqbal’s short film.

A sound memory in ‘Shikara’

Shiv (Aadil Khan) runs through the streets of Srinagar looking for Naveen (Priyanshu Chatterjee). They are Kashmiri Pandits, thrust into the tumultuous events that led to the exodus of the community from the valley. He finally sights him standing in a small group. Then there’s a gunshot, and Naveen falls slowly to the ground, dead. Director Vidhu Vinod Chopra adds the sound (though not the visual) of birds flying after the gun’s report. It’s a callback to his most famous film, in which Anupam Kher (coincidentally, a Kashmiri Pandit) is shot by gangsters, the flight of pigeons around him lending the film its title—Parinda, or bird.

Five cops, batchmates at the academy a few years earlier, get together over a seafood dinner at a no-frills restaurant. One of them says something disparaging about striking mill workers (Atul Sabharwal’s film is set in 1980s Mumbai). This rubs another the wrong way; his father is a mill worker. Their argument threatens to boil over but one of the group plays peacemaker and the offended party ends up admitting his helplessness over his father’s condition. It’s a terrific scene, clipped and efficient, smartly performed by all five actors, the dialogue slipping from Hindi to Marathi and back. Though primarily a genre film, Class Of ’83 finds ways to dovetail with the history of the city, and few events were more seismic that decade than the closing of the mills. The film literally inserts bits of history as well, splicing shots from old Films Division newsreels into the action.

This piece was published in Mint Lounge on 18 December 2020.