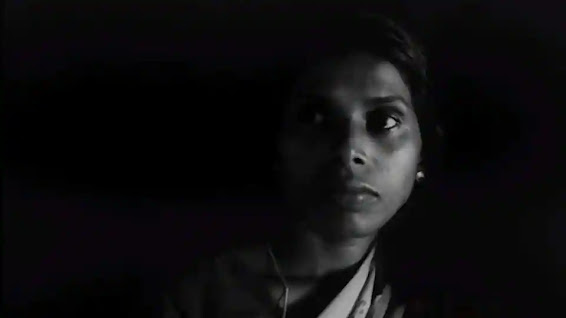 I first heard of John Abraham's Amma Ariyan while watching Shivendra Singh Dungarpur’s documentary Celluloid Man (2012), which has a scene from the Malayalam film. A camera careens down a long line of people standing in line for rations, an incredibly kinetic vision in grainy black and white. I tried to seek out the film but couldn't find a DVD version, and though it had been uploaded on YouTube, the picture quality was abysmal. The search for a decent version of Amma Ariyan finally ended this August, when a very watchable transfer with English subtitles turned up on a YouTube channel called The Potato Eaters.

Amma Ariyan released in 1986—if released is the word—some months before Abraham died. The film was produced by the Odessa Collective, a group which the avant-garde director founded with a few peers with the aim of taking cinema to the common man, bypassing regular means of funding and distribution. It was crowdsourcing in its purest form, funded with small contributions by individuals and film societies, and then shown to people in small towns and villages (Odessa stated its intention to “distribute good films in 16 mm through the length and breadth of Kerala”).

The film begins with a spoken manifesto: “Odessa tries to communicate the reality of how a film cooperative can reach out to people.… We must help each other sincerely by creating new standards of social awareness.” It isn’t the most inviting start, but Amma Ariyan balances the polemic and the artistic like few other Indian films have. It’s a road movie of sorts, which starts with a young man, Purushan, who is leaving home for a job in Delhi. On the way, in Wayanad, the jeep he’s travelling in is stopped by the police, who commandeer it to transport the body of a man who has died by suicide.

The dead man looks vaguely familiar to Purushan. He immediately puts Delhi aside—bluntly and somewhat cruelly informing his girlfriend, who was supposed to go with him— and makes it his mission to find out who the man is and to go and inform his mother. This takes him on a journey from the local police station and the morgue, where the man is identified as tabla player Hari, and then from town to town across Kerala, meeting Hari's friends and associates. It ends in Kochi, where they finally meet Hari’s mother.

Amma Ariyan is not so much informed by as constructed out of the leftist politics of the time. Hari was picked up by the police for being involved in Naxalite politics and his playing hand brutally crushed. We arrive in Angamaly in the midst of a medical workers’ strike. This was an actual strike, and though Abraham couldn’t film it live, he caught the charged spirit of it (in a discussion about the director on the same YouTube channel, Amma Ariyan’s editor, Bina Paul, says, “It’s not a fiction film at one level but it is a fiction film at another level”). The same goes for the dramatic mill workers’ strike shown in the film. This had happened two years prior to filming in Kottapuram. Abraham and his crew spoke to people who participated and then recreated it for the film.

There are several references to revolutionary art and politics. Purushan recites Pablo Neruda’s Nothing But Death (“It is the tongue of death looking for the dead/ the needle of death looking for the thread”). A man reads from Che Guevara’s diaries as the camera pans past posters of Che, Karl Marx and Mao Zedong on the wall. The lyrical black and white photography, dramatic compositions and mobile camera are reminiscent of Mikhail Kalatozov’s 1964 classic, I Am Cuba. The film also owes much to the Third Cinema of the 1970s, stylistically as well as ideologically (Odessa’s aims are strikingly similar to those put forward by the movement’s progenitors, Fernando Solanas and Octavio Getino).

Abraham won’t let the viewer settle down. The rhythms of the film are choppy, the narrative mostly linear but fragmented. The score comes and goes: flute pieces, percussion, devotional song, reggae. Everything is in motion: the camera, the people walking or in jeeps, buses, boats. As Paul recalls, “The whole crew journeyed together from one place to another…. The energy of the film is that spontaneity. It could not have been scripted in a sense.” Apart from the famous shot I mentioned at the start, there are other wonderful isolated moments: a group of men training in karate on the beach; a demonstration and a song of revolution, the lit torches of the protesters reflected in the water; Hari holding his battered hand in front of his face, as the tabla he will never be able to play is heard on the soundtrack.

Women are a peripheral, somewhat deified presence in the film. Their function is limited to handing the boys money, singing, praying, telling them to write home, asking them not to leave. The sense of purpose is limited to the boys, talking in terse sentences, always walking rapidly.

In the 1990s, non-commercial Malayalam cinema was synonymous with arty festival titles by directors like Shaji N. Karun and Adoor Gopalakrishnan. In the last few years, an energetic, more easily digestible strand of Malayalam film—enabled by streaming—has become popular across the country. Amma Ariyan lies between the two iterations, a thrilling medley of sound and image with a raw political edge.

This piece appeared in Mint Lounge on 1 October 2020.