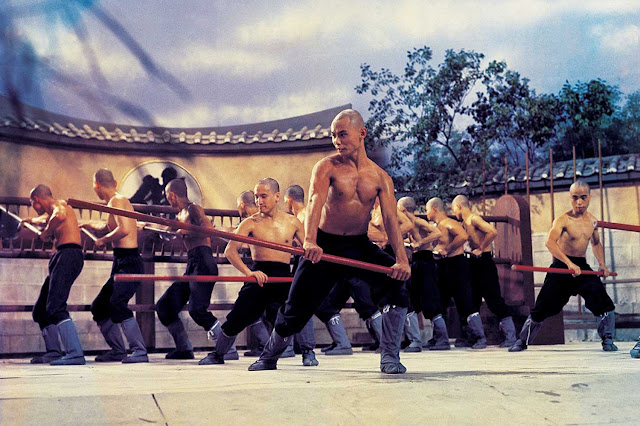 In conversation with Vasan Bala, prior to the release of Mard Ko Dard Nahi Hota

Like so many who grew up in the VHS era in India, Vasan Bala fell early and completely under the spell of Hong Kong commercial cinema. He especially loved the martial arts films churned out by the Shaw Brothers and Golden Harvest from the 1970s-90s, starring Bruce Lee and Jackie Chan, Gordon Liu and Sammo Hung. “It all started with Bruce Lee and Enter The Dragon," Bala says over the phone. “It was passed down from generation to generation in my family."

Bala is now passing this love on to the viewer with Mard Ko Dard Nahi Hota, his second feature after Peddlers (2012), and his first to get a theatrical release (on 21 March). It’s an action comedy about a young man, Surya (Abhimanyu Dassani), who doesn’t feel physical pain, and who puts this condition to use by training in martial arts and fighting criminals. Chinese action cinema aficionados will note dozens of references to seminal films strewn through Mard. We asked Bala to curate a list of 10 such titles that influenced him and his film. 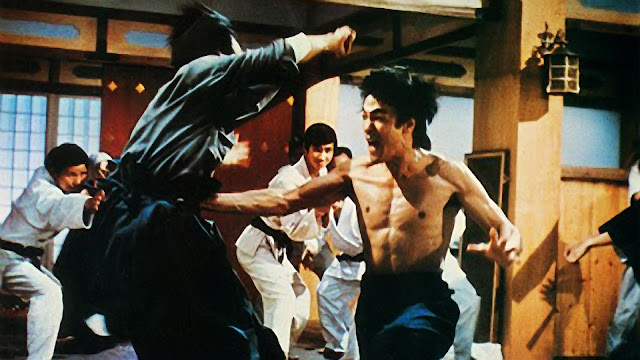 It was the first Bruce Lee film I saw. It made me want to jump and kick that high. I saw it before Enter The Dragon, at a relative’s house down south. It was a biggish gathering. I think most of them drifted away—my dad and I might have been the only ones to see it through. In one of the scenes, Bruce Lee goes to a garden and there’s a Chinese guy dressed as a sardar and a sign that says “Dogs and Chinese not allowed". Lee kicks the sign. It was the first time he was trying comedy and get-ups.

I was thinking Surya could wear what he wears in Fist Of Fury—the bandhgala—but the Longstreet ensemble was the coolest one. The last shot in Mard is from Fist Of Fury.

One, it’s obviously a great film. Two, Ramu (Ram Gopal Varma) made two great Return Of The Dragons in Shiva and Satya, about an alien landing in a place and becoming the saviour. The back alley fight in the film and the climax with Chuck Norris—they were the greatest things ever filmed. Having that intercut of the cat, preparing for the fight, loosening up—I’ve never seen those kinds of things.

You know how there are stages in these fights—first the villain, then the hero, then there’s a break and they try and understand each other and then they go for the final thing—that whole pattern of editing comes from Return Of The Dragon. I’ve used it in a particular fight in Mard.

What I like about Bruce Lee is that he respects his opponent. Even when he kills the guy who raped his sister, there’s this slight remorse on his face. There is a bit of that in Mard for one specific opponent. 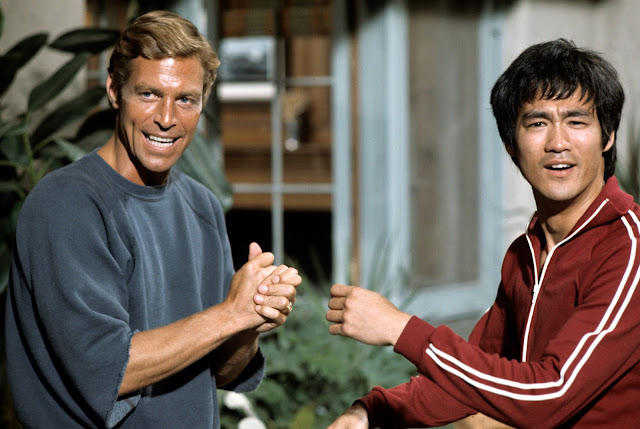 Longstreet was a very late discovery. It’s only when YouTube came that you could see it, because it wasn’t broadcast in India nor was it available on VHS. The discovery for me was that Bruce Lee wasn’t always the main guy. This was pre-Green Hornet. It’s an American series; he only comes in for a couple of episodes. It’s almost like Daredevil, a lawyer who goes blind. Bruce Lee plays the character who trains him. The biggest thing he taught in it was that you don’t have to be a great kung fu artist, you just have to be a fighter with an instinct.

I really love the ensemble he’s wearing in it, that maroon tracksuit and blue Onitsuka, which is why Surya’s wearing the same thing. 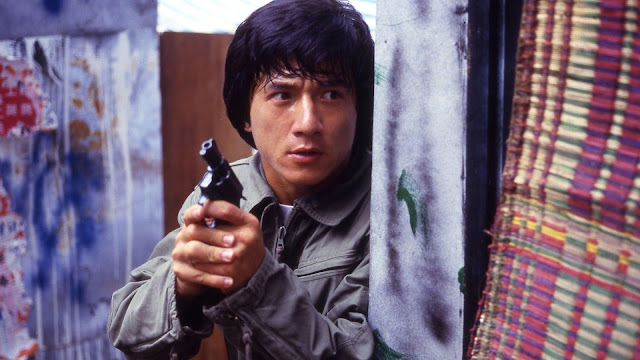 I saw Police Story in the mid-1980s on VHS, around the time it was released worldwide. I’m cursing myself that I’m not in Los Angeles now, seeing the 4K print (a restored version of the film which is being screened). I don’t think there has been a greater first 10 minutes in any film—the car that is crashing through the slums, Jackie Chan running down the hill, which is inspired by a stunt by Buster Keaton. Also, the shot where he stands right in front of the bus, which stops right before him, and these two stunt-men break through the glass at the top of the bus. And the climax when he comes down the electrified pole—all these stunts were real: no CG, no protection, just pure skill and madness.

No one’s good enough to replicate what Jackie Chan does. But the idea of using zero CG and getting stunts without wire work—Police Story was a big inspiration for us. We haven’t used wire work at all in Mard.

America also wanted to get into the whole martial arts thing. They did have home-grown martial artists but they didn’t have the same impact. America thinks too logical in action; they want people to go down in two punches, whereas in a Hong Kong film, the action could go on forever. So they cast this American Olympic gymnast and they tried to combine gymnastics and karate—“gymkata". Ridiculous film, absolute B-movie, but my greatest memories are of watching it for the first time. It’s about this guy who enters a very Game Of Death kind of situation, an Italian village with people out to kill you. It’s almost like horror martial arts with gymnastics thrown in.

When you meet other martial artists, the first thing you ask each other is, “Have you seen Gymkata?" When they say yes, it’s like, “Ah, we understand each other." It’s a major, major cult. I haven’t taken anything from this, but there’s a VHS of it in the film. 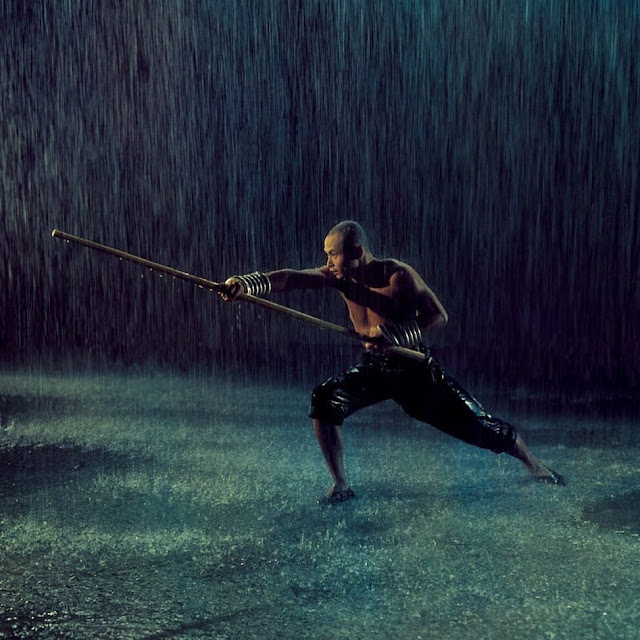 I fell in love with this film. I saw it on VHS in the 1980s. After that, it was my greatest dream to go to the Shaolin Temple, this mythical place where you become a master. I was like, this is the life I want. I’m going to chuck everything, shave my head, reach Shaolin Temple and beg them to train me and just reach the 36th chamber, wherein I can blow everything away with the Palm of Buddha.

It was such a typical underdog story, with this guy (played by Gordon Liu) trying to figure his way out, wanting revenge, and there are all these obstacles. The take on the nunchaku, which came with three sticks, was pretty cool.

A lot of the training methods were really cool—like when he has to hop on those floating logs in the night. We kept snippets of that montage in our film. 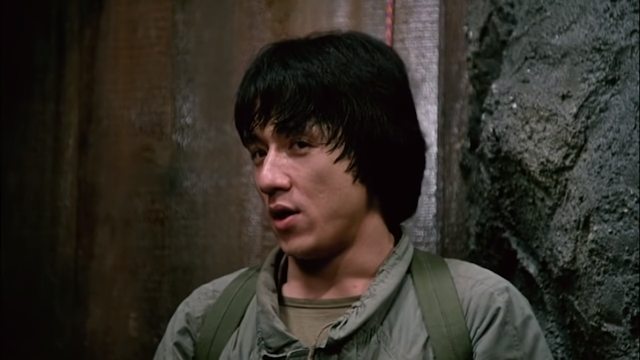 I saw it on VHS. If I rented it on the weekend, I could watch it once on Saturday, once on Sunday, and watch the climax before giving it back on Monday. There’s not one stunt I think we can recreate. There’s the climax fight in I, with the four women in high heels, and, obviously, the great Nazi bunker sequence in II.

I like that Jackie Chan gives equal footage to the henchmen, so you’ll remember them as well. They have to act, they don’t only take punches. That’s something I’ve consciously kept throughout in Mard. 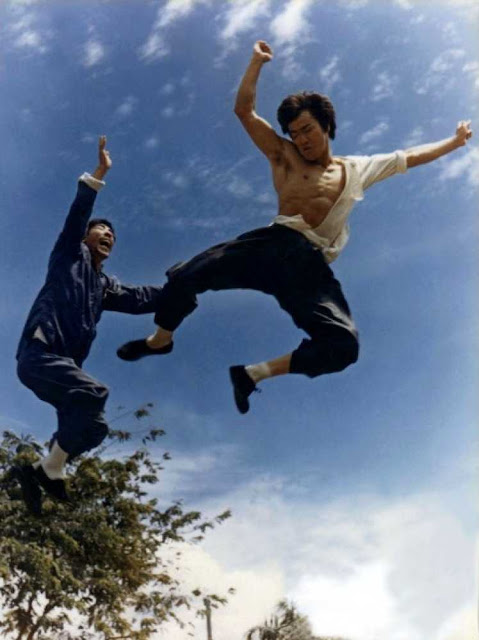 This was recommended by my cousin. Again, classic case of alien who comes into a set-up where there’s an oppressor and victims and he has to be the saviour. That was one of the first times that even Chinese cinema saw that kind of action choreography. Another thing that was great was that the villain, who looks like a frail old guy, is also a formidable opponent. The iconic side profile of Bruce Lee kicking—that’s from here.

Ice-picking is used by one of the characters in Mard. That’s the one thing I got from The Big Boss. 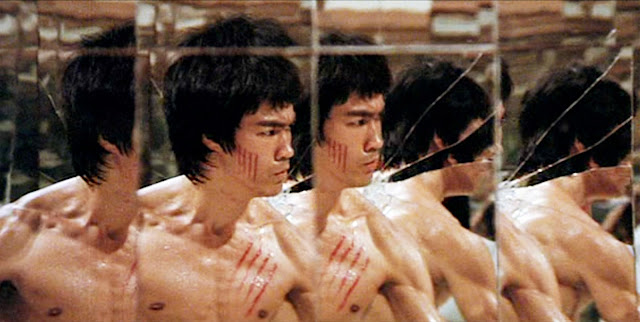 Enter The Dragon was the greatest in terms of impact. My father had seen it, my grandfather had seen it. There was a time when the film played in half-hour episodes on Doordarshan. That’s how I saw it for the first time. I was mesmerized: the shot-taking, the way Bruce Lee is introduced.... He died one week before the release of the film and became legendary. I was born on 20 July; he died on 20 July. For me, it’s a connection.

Robert Clouse is credited as director and I’m sure he’s done a great job, but I think Bruce Lee is a great film-maker. More than skill, it was his knowledge of editing and camera angles and his knowledge of his own limitations and strong points. That is why Bruce Lee, along with Charlie Chaplin, Buster Keaton and Jackie Chan, is one of the greatest actor-film-makers.

That iconic sequence with Bruce Lee, his face scratched, in the hall of mirrors—we’ve paid tribute to that in Surya’s childhood in the film.

I just flipped out on this film. It’s slightly offensive by today’s standards—there are all these clichés of Chinese superstition. But it was a riot. Even though we can grudge the American bravado, Kurt Russell kind of nailed it.

The opening theme, Pork Chop Express (sings two bars)...those elements are there in Mard as well. One of our characters, Karate Mani, has the same hairstyle as Russell’s. We also have a poster of Big Trouble In Little China in the film.

This piece appeared in Mint Lounge.
Posted by a fan apart at 5:15 AM