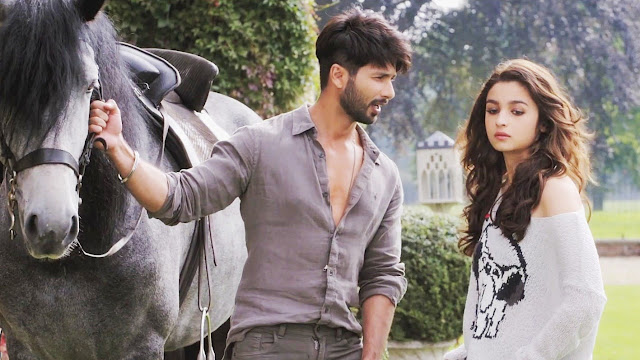 There are so many regrettable decisions taken by the makers of Shaandaar that I’ll begin with what may seem like a minor one. Director Vikas Bahl and writer Anvita Dutt may think that it’s fine to fat-shame a character through an entire film as long as she’s given an emancipatory speech at the end. It obviously isn’t, but even the speech in question is problematic. Isha (Sanah Kapoor) explains that she likes herself the way she is, and then ends with, “I’m not even that fat”. But how fat is “that fat”? By drawing a line, Bahl and Dutt suggest that you shouldn’t be judged for your body type—up to a point.

Ineptly handled though they may be, weight issues at least offer a rare sour note in an unceasingly blithe production. This is a film of such consistent, determined frivolity that the high spirits soon become wearying. For me, the fun started dimming when Sushma Seth’s grandma casually addresses Alia (Alia Bhatt) as 'anaath' in front of the whole family. This exhibition of cartoon villainy is an early indication that Shaandaar is unlikely to be anything like Bahl’s last film, Queen, which had a pretty surface but emotions that felt like they were based in reality.

The stakes in Shaandaar are so low that the film keeps tripping over them. Alia, adopted daughter of businessman Vipin Arora (Pankaj Kapur), is detested by her stepmother and grandmother, both of whom are obsessed with the family name. So far, so Cinderella, except Alia is a perfectly happy child whose biggest irritant in life is her insomnia. Enter another insomniac, Jagjinder Joginder (Shahid Kapoor), who’s planning the wedding of Alia’s sister Isha—or the merger, as the grandmother keeps calling it—to Robin (Vikas Verma), the eight-and-a-half-pack-sporting scion of a Sindhi business family. Will Alia and Joginder pass sleepless nights in each other’s company? Will this bother her doting father? The suspense will kill you.

Queen may have had Bollywood gloss but it behaved like a scrappy outsider. Shaandaar, with its Karan Johar cameo and its in-jokes about Shahid and his father acting in the same film, feels depressingly establishment. Out with the feminism; in with fathers giving daughters away to unsuitable suitors and young women waiting for their princes. In, too, with excessively manicured settings—the wedding takes place in a massive English country house, complete with butlers and dancing waiters—suggesting an excess of money and a paucity of taste.

Kapoor Jr and Bhatt are lightly likeable, especially Bhatt, who uses her mobile face to suggest half-emotions, impulses, unspoken jokes—the stuff of real life. Her scenes with the beautifully underplaying Pankaj Kapur are the only ones in the film that come close to being moving. The rest of the cast ranges from passable to egregiously bad, but why single out the actors when everyone from director down to composer seems off their game? The writing, especially, is the stuff of sub-par Bollywood comedy: from the two airheads who coo acronyms like “FTB (father of the bride)” and “BTB (bride-to-be)” in unison, to Punjabi and Sindhi stereotypes so broad that Bahl could have fat-shamed them.

For two hours, Shaandaar strains to entertain, throwing everything from animation to skydiving at the audience. Then, with around 20 minutes to go, Bahl seems to let go of the reins and everything careens out of control. The film ends on such a vague and uninspiring note, it feels like the director himself gave up on it.

This review appeared in Mint.
Posted by a fan apart at 4:03 AM