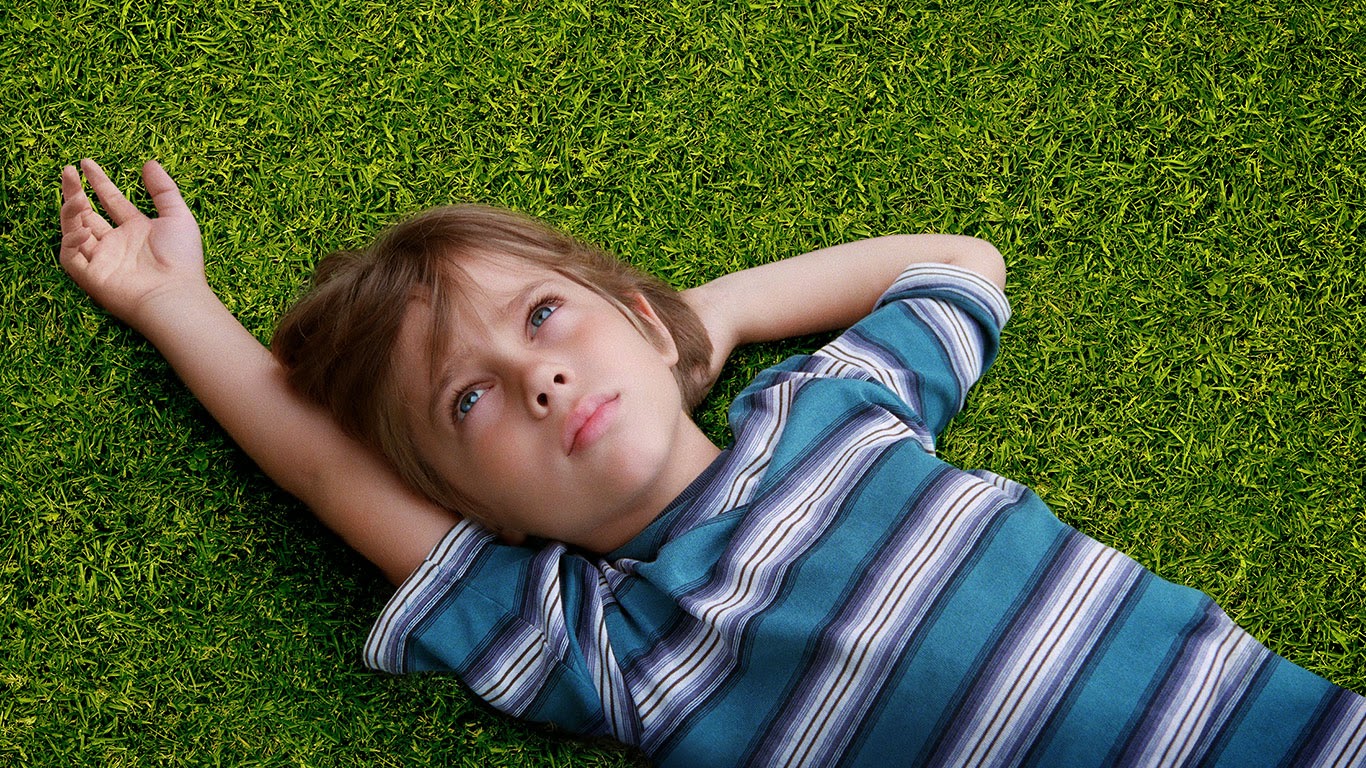 Getting an actor to age convincingly on film is a tricky business. Something always gets in the way – imperfect makeup, or a too-perfect performance. Some directors have tried to tackle the problem by revisiting the same characters over the course of several films — Francois Truffaut in his Antoine Doinel series, or Michael Apted's "Up" documentaries. But as far as showing the passage of time over the course of a single film is concerned, there's never been anything like Richard Linklater's Boyhood.

You have to wonder what kind of crystal-ball-gazing Linklater was doing in the summer of 2002. He was still a year away from the box-office smash of School of Rock, and two years from the first time-jump sequel to Before Sunrise. His last three releases were The Newton Boys, Waking Life and Tape — films that many Linklater fans haven't seen. Yet, somehow he had the vision (and the nerve) to pitch a project to IFC: a film that would be shot over 12 years with the same actors. Amazingly, they agreed, and gave him an annual budget of $200,000. Patricia Arquette and Ethan Hawke were cast as the boy's parents, and Ellar Coltrane as the protagonist, Mason Evans.

We first see Mason as a six-year-old, lying on the grass and looking up at the blue sky. His reverie is interrupted by his mother, but it's an early clue as to the dreamy, detached attitude he'll carry into his teens. It's through his largely passive eyes that we see his parent's separation (which takes place before the movie begins), his mother's relationships with — as he later puts it — a "parade of drunken assholes", and multiple changes of homestead and hometown. We see him bicker with his sister Samantha (Lorelei Linklater, the director's daughter). We watch them fight with their mother, lose their puppy fat, grow their hair short and long. More imperceptibly, we watch as they develop personalities. They're different every time we see them, yet they're the same people. It's like watching a family album come to life.

With this film and 2013's Before Midnight, it feels like Linklater's gravitating towards a kind of spiky naturalism (as opposed to the more easygoing naturalism of his earlier films). Yet, Boyhood also serves as a summation of the director's stellar career. You have the continuing preoccupation with time and memory that's at the heart of most of his films, but especially the Before trilogy and Waking Life; and the long conversation scenes that have been such an integral of his directorial style since his 1991 debut Slackers. A decade after School of Rock, it's a reminder of how comfortable this director is working with kids. But the film Boyhood most fondly (though obliquely) references is his 1993 breakthrough feature Dazed and Confused, also about schoolkids in Texas. Both films feature a cameo by David Blackwell as a kindly convenience store clerk, and both have scenes in which the protagonist's mother asks him if he's been drinking.

There's very little I can tell you about the plot of Boyhood that'll convince you to see this film. In fact, for the first 45 minutes or so, you might wonder why a film this normal need have been made at all. But the thing to remember is that these are young kids: giving them sparkling, snappy lines would be a betrayal of what Linklater has set out to achieve. As they inch their way towards a rough eloquence, so does the film. I don't know if you'll be as moved as I was by the faintest hint of the six-year-old Mason's face in that of the young man going off to college. But even if you aren't, I hope we can agree that this — and not some Dylan Thomas-quoting space opera — is what true cinematic ambition looks like.

This review appeared in The Sunday Guardian.
Posted by a fan apart at 4:28 AM