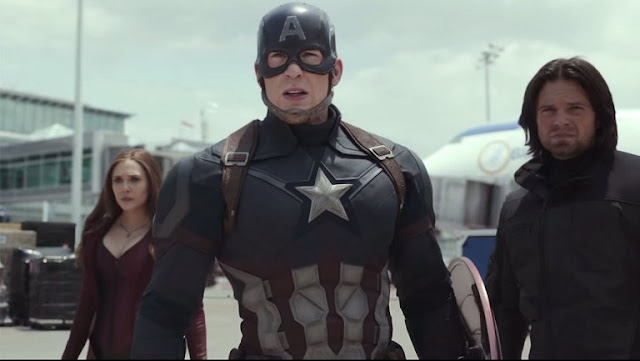 In the past six weeks, we’ve seen two releases in which it’s proposed that superheroes be brought under government control, which in turn sparks off conflict between two heavyweights. The first was Batman v Superman: Dawn Of Justice, which even the less rabid fanboys admitted was terrible. The other is Captain America: Civil War, which is very impressive—for a comic book movie. Qualities that one would take for granted in any other genre—economy of expression, plot dynamics, occasional moments of insight or beauty—are overvalued when it comes to superhero films. Already, one can hear the hosannas ring out, calling Civil War a watershed moment for the genre.

To an extent, they might be right. The third film in the Captain America series is well-paced, reasonably well-written, patient enough to set up a story strand instead of forcing it, and—despite all the colliding storylines—admirably coherent. To manage all these things in a multi-superhero movie is some sort of achievement (the overloaded Avengers: Age Of Ultron and the grimy Batman v Superman showed different ways to mess that up). Civil War builds on the atmosphere of paranoia and mistrust of authority developed in Captain America: The Winter Soldier, but is self-aware enough to bring in sparkier players whom Cap, the eternal straight man, can play off of.

After a brief flashback involving a Hydra-controlled Bucky Barnes (Sebastian Stan) who is up to no good, the film gets under way with a ripping sequence that—possibly because it involves a stake-out in a crowded marketplace in Lagos—has the feel of a Daniel Craig Bond film. Captain America (Chris Evans), Black Widow (Scarlett Johansson), Falcon (Anthony Mackie) and Wanda Maximoff (Elizabeth Olsen) prevent the theft of a biological weapon, but also inadvertently cause loss of life and property. This leads to government authorities introducing an Act which will bring superheroes under UN supervision and prevent them from acting unilaterally. Iron Man (Robert Downey Jr) is for it, as is War Machine (Don Cheadle). But Cap’s faith in the government has been shaken by the events of The Winter Soldier, and he refuses to sign. Soon, he’s on the run and Iron Man is the one tasked with bringing him back.

Once battle lines have been drawn, the film begins its most pleasurable stretch as the two Avengers start recruiting superheroes from various Marvel franchises for their respective teams. Black Widow and War Machine join Iron Man, who makes a trip to the home of a teenager named Peter Parker (Tom Holland). Cap, meanwhile, adds Hawkeye (Jeremy Renner), Ant-Man (Paul Rudd), Falcon and Maximoff to his side. There’s a new hero as well: Black Panther, played with welcome gravitas by the talented Chadwick Boseman. And there’s Barnes, the Winter Soldier, who is Team Cap when he isn’t snapping into Hydra assassin mode.

The twin recruitment drives culminate in a delightful extended battle that outclasses the crowded sequences in Age Of Ultron in both imagination and humour. For 20 minutes, directors Joe and Anthony Russo throw a series of wouldn’t-it-be-cool superhero stand-off scenarios at us: Iron Man fending off Ant-Man, Spider-Man shooting webs at Captain America (regretfully—he’s a fan), Black Panther trying to rip Barnes from limb to limb. Even though very little is at stake here—there’s no way Marvel’s allowing one of its heroes to kill another—the sequence left me with a sensation I wouldn’t normally associate with tent-pole releases or superhero films: one of buoyancy.

After the dust settles, the film returns to a more sober consideration of the ideological divide and where that leaves the Avengers. There’s a running subplot about a terrorist (played by Daniel Brühl) messing with Barnes’ head, but that’s just a way to bring Cap and Iron Man together and let them have a knock-down-drag-out fight. It’s interesting to see a summer blockbuster deliver its big set piece in the middle and end on an ambiguous, unsettled note. With a succession of movies starring jester superheroes—the Guardians crew, Ant-Man, Deadpool—in the last two years, Marvel seemed in danger of becoming a little too in on the joke. With Civil War, it seems to have found its balance.
Posted by a fan apart at 3:46 AM