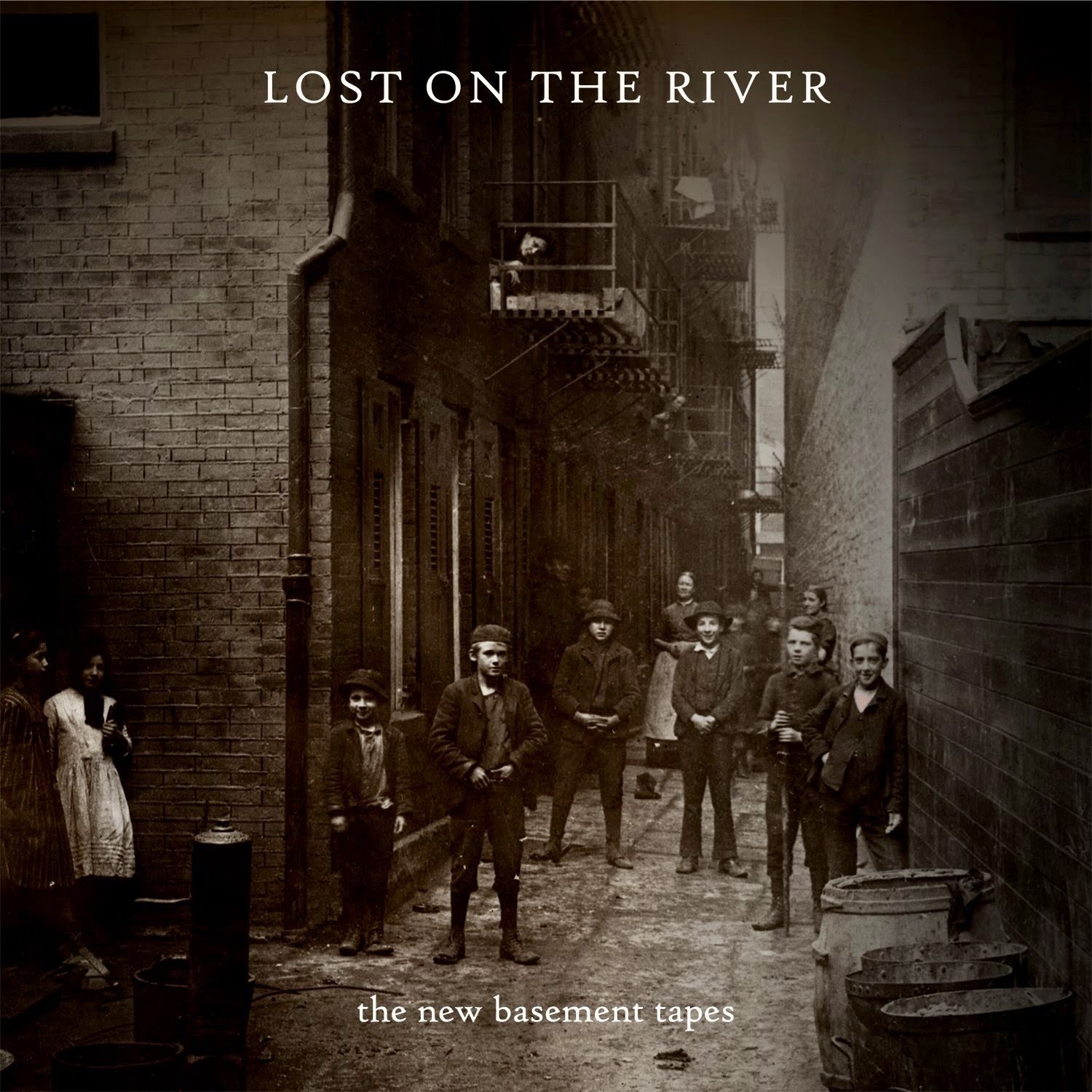 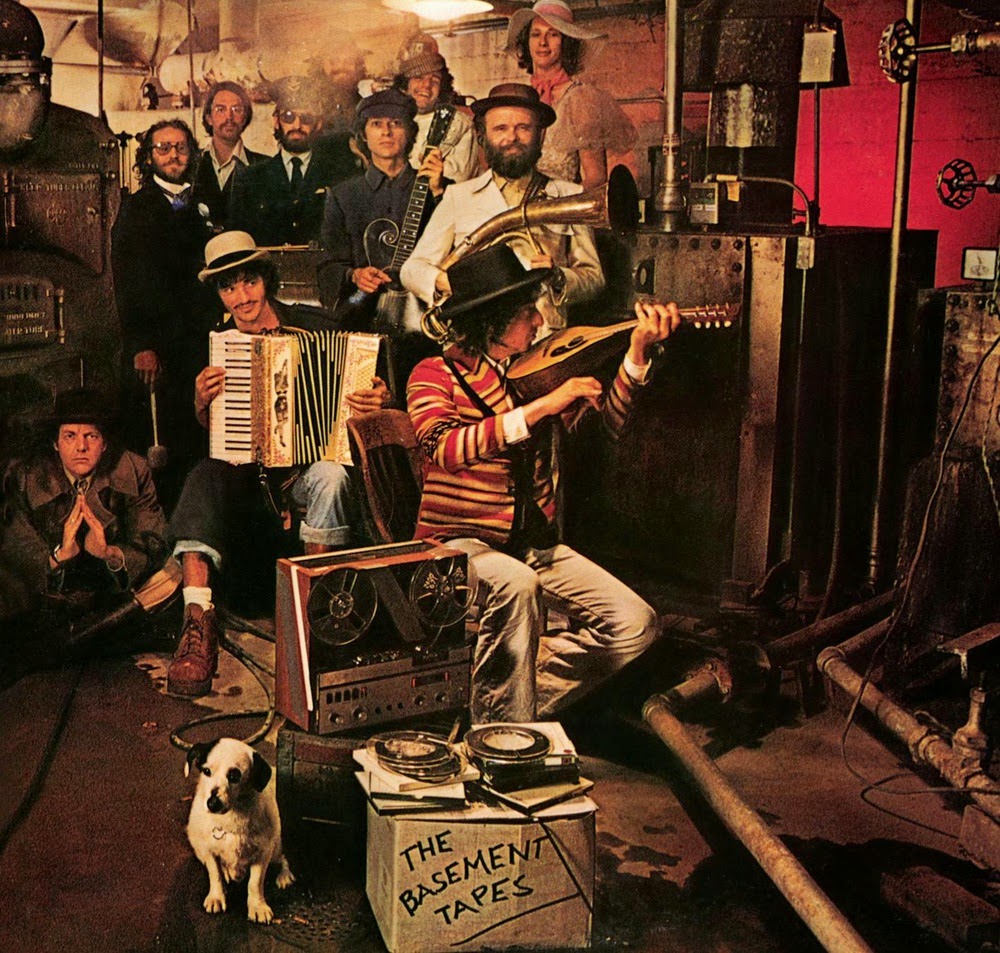 Bob Dylan wrote these lines in 1967. At the time, he was holed up with The Band in their house near Woodstock, recording the tracks that would turn up on the most famous bootleg in the history of popular music, The Basement Tapes. Nothing To It, the source of the above lines, was one of the many songs Dylan wrote during this fertile period that never made it to tape. Till now, that is. Lost on the River: The New Basement Tapes, an album of lost Dylan lyrics interpreted by contemporary recording artists, is set to release on 4 November.

The project was born in the autumn of 2013, when producer T Bone Burnett received a message from Dylan's publisher, asking if he'd like to do something with a box of lyrics the songwriter had penned in 1967. After confirming that he had Dylan's go-ahead, Burnett, as he later stated in The Guardian, "set out to come up with something that would do justice to Dylan and be true to the spirit in which the lyrics were originally written". He assembled a group of musicians who were, in his words, "music archaeologists": Elvis Costello, Jim James (My Morning Jacket), Marcus Mumford (Mumford & Sons), Rhiannon Giddens (Carolina Chocolate Drops) and Taylor Goldsmith (Dawes). The sessions resulted in more than 40 recordings, 20 of which are on the Lost on the River album.

The project was born in the autumn of 2013, when producer T Bone Burnett received a message from Dylan’s publisher, asking if he’d like to do something with a box of lyrics the songwriter had penned in 1967. Many of these musicians have had brushes with Dylan or his music in the past. A legendary songwriter in his own right, Costello has shared a stage with Dylan on several occasions. Burnett and Mumford collaborated on the Inside Llewyn Davis soundtrack, an evocation of the Greenwich Village folk scene in the days before Dylan arrived and took over. (Burnett was also a guitarist in Dylan's Rolling Thunder Revue back in 1975.) James sang Going to Acapulco, a Basement Tapes number, on the I'm Not There soundtrack, and both he and Goldsmith toured with Dylan in 2013 along with their bands. Even session drummer Jay Bellerose, a longtime Burnett collaborator, has a Dylan connection — he worked with Bob's son Jakob on the album Women + Country.

Four animated videos of Lost on the River numbers have been released, each featuring the original handwritten lyrics. When I Get My Hands On You, sung fetchingly by Mumford, is a straightforward love lyric, the kind that the Dylan of 1966 would've sneered at, but the Dylan of Nashville Skyline would probably have recorded. Married to My Hack opens like something off Tom Waits' Swordfishtrombones, with tremolo guitar, rumbling drums and Costello singing "Five in the morning, she'd fix my lunch/ put it in a paper sack". James takes the lead on Nothing To It, while Giddens gives an intriguing R&B edge to the Celtic-flavoured Spanish Mary.

Lost on the River will inevitably be compared to the original Basement Tapes, a daunting proposition for Burnett & Co. There's little that needs to be reiterated about Bob Dylan circa 1966, except that with Bringing It All Back Home, Highway 61 Revisited and Blonde on Blonde, he was on a hot streak the likes of which had never been seen in rock 'n' roll before (or since). And then there was The Band; man for man, the most versatile bunch of rock musicians ever assembled. Levon Helm, the drummer, also played the mandolin; Garth Hudson, a strong contender for the best organist ever, could write horn charts and tinker with and play a bewildering array of instruments. Rick Danko played bass as well as the fiddle; Richard Manuel was on piano but also doubled up on drums. Robbie Robertson played lead guitar and wrote most of the songs. Manuel, Danko and Helm all sang lead. And this tells you nothing about the sympathy with which they played; the way instruments and voices intertwined and melded until it was difficult to separate organ from piano, and Danko's cries from Manuel's.

The music on the Basement Tapes was different from the "wild mercury" sound of Dylan's three pioneering electric albums. After nearly losing his life in a 1966 motorcycle accident, he repaired to West Saugerties, where his former backing group, The Hawks (soon to be known as The Band), had set up shop. When they'd backed Dylan in '65 and '66, their live sound was majestic and very, very loud. By contrast, the songs recorded in their basement in '67 were largely acoustic, relaxed and playful. They drew upon folk, bluegrass, country, blues and Appalachian ballad traditions — the real American songbook.

A collection of tracks circulated as an acetate among musicians in 1969; and several featured on the "Great White Wonder" bootleg. Finally, an official album was released by Columbia in 1975. By then, songs like Tears of Rage, Million Dollar Bash and You Ain't Goin' Nowhere had been covered by artists ranging from The Byrds to Fairport Convention.

The original Basement Tapes album only had 24 tracks, out of the 100-plus songs recorded. But now, if you're the sort who obsesses over such things, you'll have the opportunity of listening to a close-to-complete version of the sessions. Along with Lost on The River, November will see the release of The Bootleg Series Vol. 11: The Basement Tapes Complete, a 138-track compilation with completed tracks, alternate takes and demos. It makes you wonder what else is still hidden in that basement. At the end of his 1997 book Invisible Republic, Greil Marcus writes of the elusive, history-evoking songs on the Basement Tapes: "Each performance makes part of a map, which like so many of the songs, and the territory they describe, remain unfinished." So let's celebrate the Basement Tapes, but also remain open to the possibility of new territories being mapped.

This piece appeared in The Sunday Guardian.
Posted by a fan apart at 2:21 AM