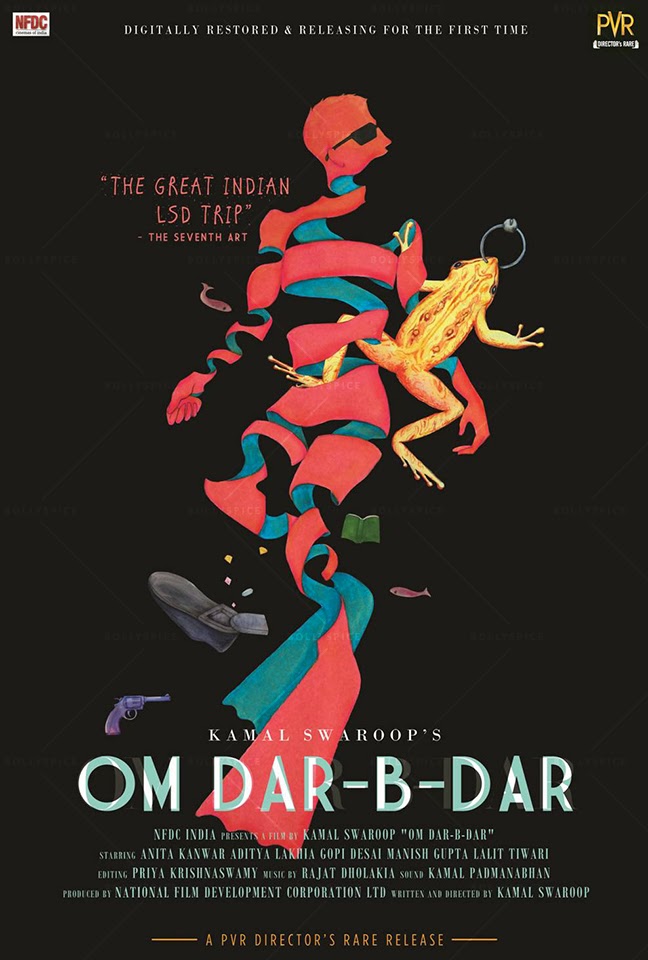 Kamal Swaroop’s Om-Dar-Ba-Dar  was never released commercially in India. After premiering at the 1988 Berlin Film Festival, it did a couple of rounds of the arthouse circuit and vanished from view. In the years since, it somehow got the reputation of being Indian cinema’s great avant-garde masterpiece. Filmmakers and critics spoke of it in hushed tones; Anurag Kashyap even paid tribute to it with the “Emosanal Attyachar” sequence in Dev.D. Now, with PVR and NFDC re-releasing the film in theatres, we have the sad duty of informing you that Om-Dar-Ba-Dar, while undeniably strange and uncompromised, is also vague, tedious and bordering on pretentious.

Any attempts to relay a plot would only serve to vindicate Swaroop’s wilfully scattershot narrative strategy. Suffice to say that the film consists of a series of vignettes involving a boy called Om, his palmist father, his 30-year-old sister, their movie star house guest, and a whole lot of frogs. You might want to make sense of it all – and good luck to you. We waited in vain for an underlying focus to emerge and bring some clarity to all the Jungian posturing. (We would have settled for no focus and great entertainment, but the film's satire is too heavy-handed to be much fun.) Swaroop is clearly aiming a several targets – the school system, the Congress government, the commercialisation of the Ajmer region the film is set in – but his attacks are simplistic, often infantile. You know there’s a paucity of good ideas when the level of satire has dropped to a man shitting diamonds.

These muddled ideas are delivered by actors rendered catatonic either by design or by the effort of making sense of the enterprise (the exception is Anita Kanwar, who shone in Salaam Bombay! the same year). The film certainly has the courage of its crazy convictions: it is genuinely, hair-clutchingly strange. You could look for years and not find another film made in this country that brings within its ambit terrorist tadpoles and family planning, space travel and double-knotted pyjamas. There are also brief moments when everyday small-town life is refracted into something monstrous and magical. The cinematography, by Ashwin Kaul and Milind Ranade, is frequently astonishing, and provides something to hold onto whenever the film wanders off on one of its many, many spaced-out trips.

If only there’d been a little less invention and a little more organisation of thought, Om-Dar-Ba-Dar might actually have ended up the subversive masterpiece so many are convinced it is. One need only see Salvador Dali and Luis Bunuel’s Un Chien Andalou or anything by Jean Cocteau to understand why Swaroop’s film isn't the real deal. It’s not even the first avant-garde film made in India: SNS Sastry and Pramod Pati’s shorts for Films Division in the late ‘60s were just as trippy – and far more fun. Re-releases of cult Indian films are few and far between, so we won’t go as far as advising you to avoid Om-Dar-Ba-Dar. Just remember that you don’t have to be bullied into liking it.

This review appeared in Time Out Delhi.
Posted by a fan apart at 4:10 AM