The Three Disappearances of Soad Hosni 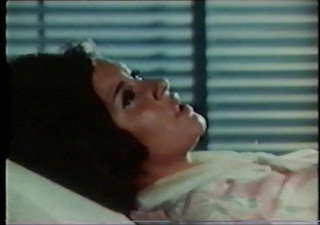 Soad Hosni starred in more than 80 films, became an Arab cinema icon, married four times, and finally, committed suicide in 2001. A straightforward biopic on her life would have been intriguing enough, but Lebanon-born Rania Stephan decided to go a step further. The Three Disappearances of Soad Hosni, which plays at Khoj Studios this fortnight, uses clips from the actor’s films, allowing Hosni to narrate her own “story”. Stephan spoke to Uday Bhatia about using an artist’s work to rewrite their life.

What made Hosni such a compelling subject for you?
I was born and raised in Lebanon, but I did my cinema studies at the University of LaTrobe in Melbourne. We studied world cinema, from Hollywood to experimental cinema, from new wave to Japanese cinema, everything except Arabic cinema. One day, I stumbled upon a Soad Hosni film at an aunt’s place. She used to watch Arabic films on VHS [tapes] that she’d borrow from the local Lebanese grocer.

I was subjugated by Soad Hosni and the film and realised that I didn’t know this popular Egyptian cinema. I decided to do my BA Honours thesis on Soad Hosni. My fascination dates from back then. Ever since, I always felt that I owed her something, because she brought me back to a cinema that spoke my language, Arabic.

What did Hosni mean to viewers of Egyptian cinema?
Soad Hosni is the symbolic daughter of modern Egypt, that of the 1952 Revolution. Her career spanned from the late ’50s until the early ’90s, a golden age of Egyptian cinema. At the time, cinema reflected the concerns at stake in society as well as issues the Revolution wanted to promote, such as mixity between girls and boys, marriage of love versus the old-fashioned arranged marriage, girls in public spheres, schools, leisure and work places. Hosni was not the only actress embodying these roles; however, her particularity stems from this unique persona she created, a mix of sensual, sweet, affectionate, naughty, cute, physical and witty, which is rare in cinema. 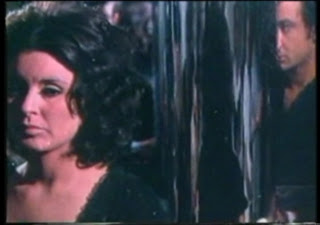 She was neither the stereotypical femme fatale nor the effaced girl next door. She was versatile, she could sing, dance, act as a comedian and a tragedian. The “Zoozoo” character she plays in Take Care of Zoozoo (1972) made her a star, because in representing this special mix of qualities, she epitomised the modern Arabic woman at the time.

You’ve used clips from Hosni’s films to present a portrait of the artist. What were the advantages of working in this fashion?
Soad Hosni died in a tragic manner in London in 2001. This provoked a shock wave in the Arab world. Nobody believed that “The Cinderella of the Egyptian Screen” could die. For me, it triggered the desire to make a film and pay homage to her talent.

The only person that I would have liked to meet, talk to and film was her, but she was gone. So I thought that the best way to know an actress was to investigate her body of work, to revisit it, question it, and ask, what does this material tells us? This is how the idea of using only excerpts from her films came about. It was the first fundamental principle of the film.

The second was this intuition that the use of fictional elements could create another fiction in themselves. This intuition was confirmed only when I finished editing. During the whole time, I was oscillating between great pleasure in working with images from cinema and fiction films and great anxiety, not knowing if it was going to work.

You were working on the film during your residency at Edgware, which is where Hosni died. Did that affect the way you went about making it?
The project started in 2001, right after Hosni disappeared. I started to collect the VHS material, view the films, break them down etc. The film took ten years to achieve! The Edgware Road Residency, which came in 2010, was a great opportunity to reflect on my work and further confirm my intuition – being around the place where she died – that I didn’t want to dwell on her “real” life but only deal with her filmed existence, her persona.

How did you get hold of the hundreds of clips that make up this film?
All the material comes from tapes that I brought from a local VHS store in downtown Cairo – 76 films out of the 82 of her body of work.

You were quoted in an interview as saying that the film is “a tribute to [Hosni’s] work, not about the person”. Would you argue against viewing this film as a biopic?
The film is built as a tragedy in three acts, told by a dead actress. It works on many layers. I did a lot of research about her and there are many references in the film to her “real” life. But one of the main points of the film is to show how an actress is forever stuck in her image and can’t escape it; even when she dies, it is she who cries on her dead self. 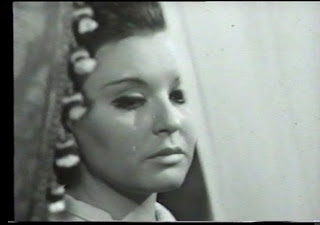 The Three Disappearances of Soad Hosni will screen from Sat Aug 3-Sun Aug 18 at Khoj Studios.
Posted by a fan apart at 12:35 AM