This appeared a while ago under the title 'In the Backroom of Pop' as an op-ed in Indian Express.

Last week, on March 30, Phil Ramone died of a brain aneurysm at 79. If you feel like you’ve heard the name before but can’t quite remember where, go fish out your old Billy Joel or Paul Simon CDs. Chances are, one of them will have “Produced by Phil Ramone” written on the back. Four words, seen on scores of album sleeves; words that meant the difference between an unfinished thought and a hit single, a limited release and a gold record. Ramone’s fingerprints are all over rock, pop and jazz history. From the tortured sounds of Blood on the Tracks to the polished Genius Loves Company, his discography was — to borrow a phrase from another of his collaborators — river deep, mountain high.
He began as a musician himself. A violin prodigy, he moved from his native South Africa to New York and studied classical music at Juilliard. A stint as an assistant in JAC Studios was his first up-close look at the world of sound recording. In 1958, at 24, he launched his own studio, called A&R. Soon he was working as an engineer on albums by John Coltrane and Ray Charles. It was in these early years that he made one of his most famous recordings. Remember Marilyn Monroe breathily singing, “Happy Birthday Mister President” to John F. Kennedy in 1962? Phil Ramone recorded that — and received a thank-you kiss from the star later on.
An important breakthrough came via a 1964 album that paired saxophonist Stan Getz and pianist Antônio Jobim with guitarist João Gilberto and his wife, a charmingly monotone singer called Astrud Gilberto. Getz/ Gilberto set off a bossa nova craze in the US and won Ramone a Grammy for Best Engineered Sound. Ramone later explained that the “hushed intensity” of songs like “The Girl from Ipanema” was achieved by miking the session as if it was a nightclub gig, huddling the musicians together and dimming the lights. Over the next few years, he’d record Quincy Jones and Frank Sinatra (both of whom he’d have long associations with), Procol Harum’s Whiter Shade of Pale, Paul McCartney’s Ram, Harry Nilsson’s “Everybody’s Talkin’ At Me” and BJ Thomas’ “Raindrops Keep Fallin’ on my Head”.
As the 1960s came to an end, Ramone made the shift to production. When Paul Simon’s regular producer Roy Halee couldn’t make a session, Ramone oversaw the recording of “Me and Julio Down by the Schoolyard”. This led to Ramone producing several key Simon albums (the two reunited on 2011’s So Beautiful or So What). More successful still was his partnership with Billy Joel. On the 1978 album The Stranger, Ramone helped the singer achieve a bigger, tougher sound. Joel, in turn, never forgot to mention his fellow New Yorker’s role in his transformation from semi-successful singer-songwriter to stadium-filling rockstar. In between, Ramone also helped Bob Dylan spill his guts on record with the alternately vitriolic and self-lacerating Blood on the Tracks.
Self-effacing though he was, Ramone’s suggestions often had a transformational effect on the tracks he engineered and produced. Talking to Alec Baldwin on the internet radio show Here’s the Thing, Joel likened working with Ramone to collaborating with a great musician. “He knows how to play the studio like we know how to play our instruments,” he said. He recalled how Ramone rescued “Only the Good Die Young” from its early avatar as a reggae number, and how he came up with the idea of a “backward samba” rhythm for “Just the Way You Are”. A similarly innovative solution was provided by Ramone for the two Duets albums Frank Sinatra recorded in the 1990s. He devised a fibre-optic system that connected singers in different locations, allowing Sinatra in Los Angeles to duet, in “real time”, with Tony Bennett in New York and Liza Minnelli in Brazil.
With 14 Grammys — 15, if you count the lifetime achievement award he received in 2005 — Ramone is one of the most successful producers of all time. Still, it’s difficult to deny that many of his clients tended to be inoffensive and radio-friendly. Unlike Phil Spector or Jerry Wexler, Ramone would never become synonymous with a particular genre of music; unlike Sam Phillips, he’d never be credited with birthing a new style. (“If you think you have a style and you perpetrate that onto people, you’re hurting the very essence of their creativity,” he said in an interview with Billboard magazine.) Even his moniker, “the Pope of Pop”, seems to connote wealth and success, rather than energy or daring.
Debates over his artistic legacy notwithstanding, Ramone’s place in music history is secure. “Am I fussy?” he asked in his 2007 memoir, Making Records. “You bet, and the music world is a better place for it.” He extended that fussiness to everyone who sought his help, from André Previn to James Morrison. That he was not just respected but loved by his collaborators is evident from the tributes that poured in after his death. “His immense talents were only surpassed by the gigantic size of his heart,” posted Quincy Jones on his website. Stevie Wonder was even more emphatic: “Truly a tragic loss for us on earth but what a wonderful blessing for heaven”. Amen. 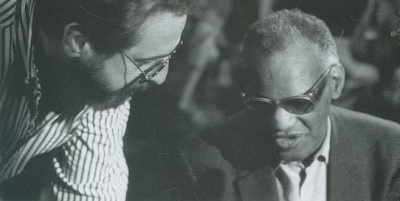