Fables of the Reconstruction: Reissue Review 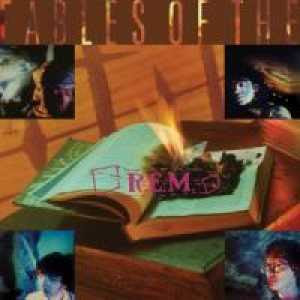 An album review I did for Time Out Delhi. I leapt on it because it was R.E.M and if you think this review sounds generous, I assure you I was holding back. In a happier, more R.E.M-literate Delhi, I would have written a straight rave. And try and get your hands on the Reckoning reissue, it has a bonus live disc that's just one long glorious garage-punk set.

It’s been 25 years since Fables of the Reconstruction first confused R.E.M fans who expected them to continue in the direction established by their debut Murmur, or its follow-up Reckoning. These two albums set the template for that early R.E.M sound – guitar-driven folk-rock with a hint of punk, mumbled vocals by Michael Stipe, gorgeous three-part harmonies and elliptical, evocative lyrics. Fables broke this template in ways that expanded on the band’s sound even as they departed from it. Now, the I.R.S label, home for their first five albums, is reissuing Fables (and the rest of their catalogue, to coincide with each record’s silver anniversary).

This album, with Joe Boyd (Fairport Covention, Nick Drake) on board as producer, is described by guitarist Peter Buck in his liner notes as a “doomy, psycho record, dense and atmospheric.” Nowhere is this more apparent than in the opener “Feeling Gravity’s Pull”, a nightmarish mix of scratchy guitars, strings, and Stipe’s insistent voice telling you about a “Man Ray kind of sky”. This feeling of unease runs through the album, in songs like the creepy “Old Man Kensey” and the hurtling rockers “Auctioneer (Another Engine)” and “Life and How to Live it”. There’s also the flat-out weird soul-funk pastiche “Can’t get there from here”.

There are, however, moments that are more easily identifiable as R.E.M. “Driver 8” is a perfect encapsulation of their early jangly sound. “Green Grow the Rushes” combines Peter Buck’s unmistakable Rickenbacker sound with obliquely political songwriting that would grow more strident on their next few albums. "Good advices" appears to be a happier flipside to "Camera", a song off Reckoning which would have fit right in with this album's haunted, off-kilter universe. And the album closer, “Wendell Gee”, is a country ballad, complete with banjo and the sublime backing vocals of bassist Mike Mills.

The reissue comes with a bonus disc of demos. All the songs on Fables get a run through, and the band must have been well-prepared by the time they performed them, because they differ very little from the finished product. Still, fans will probably appreciate the bare bones versions of “Auctioneer” and “Kahoutek”, as well as two discarded songs - the enjoyably daft “Bandwagon” (a different version from the one on Dead Letter Office) and a number called “Throw Those Trolls Away”. Fables of the Reconstruction may not be R.E.M’s greatest album, but it’s an experiment that is brilliant in flashes and intriguing throughout – and coming from by a band that can list Radiohead, Coldplay, Eddie Vedder and Kurt Cobain amongst its admirers, that should be enough.