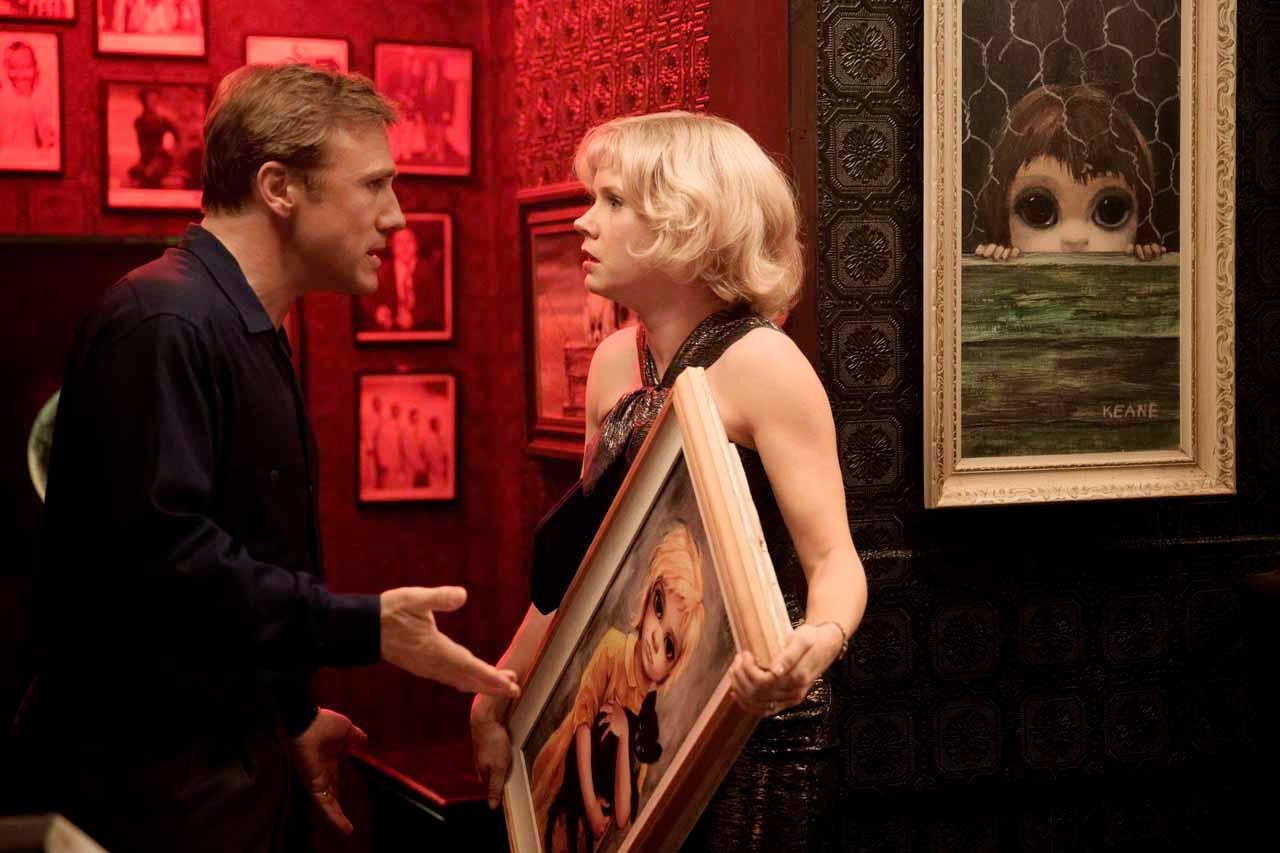 Big Eyes begins with a burst of freedom, as Margaret (Amy Adams) drives off with her young daughter in the night, leaving her first husband behind. We then see her in San Francisco, applying for jobs that will allow her to utilise her talent for painting (she gets one in a furniture company). Sketching portraits of passersby in the park, she meets what appears to be a fellow-painter. Walter Keane (Christoph Waltz) realises that Margaret's paintings of waif-like children with unrealistically large eyes are special. He courts her, and soon, they're married, trying to make ends meet by selling their artwork. But the public only has eyes for Margaret's paintings.

What follows is both incredible and absolutely true. Walter Keane — who, Margaret later discovered, was never an artist — took credit for his wife's paintings, first without her knowledge, and later, with her complicity. In the film, Walter is a gushing huckster with affectations of high culture (he's in love with France, never a good sign in a Hollywood film), and Margaret a timid '60s wife. As his star rises, she sits at home, producing paintings that Walter then sells under his own name.

That Big Eyes is directed by Tim Burton is hardly a surprise. The children in Keane's paintings could easily pass off as one of the large-eyed characters in Burton's films — The Penguin in Batman Returns, the animated leads of Corpse Bride, the wild, dark-lined peepers of Johnny Depp in half a dozen movies. Burton had been a fan of Keane's for decades, getting her to paint portraits of two of his partners, Lisa Marie and Helena Bonham-Carter. Big Eyes is one of his more restrained films — but the fact that he's reigned himself in just means that the ersatz Burton touches that keep surfacing sit awkwardly with the more straightforward biopic approach he adopts for the most part.

Burton emerged in the late '80s seemingly fully formed: a former animator whose visual style had the rude energy and wackiness of a cartoon. Lately, however, his work has taken on the quality of a meal comprising solely of dessert: beautiful to look at, fun in small doses, but hardly sustaining. Working with cinematographer Bruno Delbonnel, Burton creates an eye-popping vision of Frisco in the '60s, but there's surprising little weight behind the emotions. Instead of delving deeper into why Margaret — timid but capable of standing up for herself — lives a lie for 10 years, Burton teases us with the possibility that Margaret is going insane when she starts seeing people with big eyes in the department store. She isn't crazy, and the film doesn't really believe she is either — it's just that Burton can't help himself.

Big Eyes is further harmed by the casting of Waltz, who gives one of the hammiest performances by a two-time Oscar-winner ever. The script, by Scott Alexander and Larry Karaszewski, doesn't liberate Waltz's German-accented English the way Quentin Tarantino's lines do, but that's only part of the problem. Waltz preens, puffs, lunges, gurgles and almost salivates in his effort to convey the mendaciousness of Walter Keane. The courtroom scene at the end should be all about the protagonist, but is instead taken over by Walter's buffoonery. Would that Burton have thought of Danny Huston, seen in the small role of a muckraking journalist, as Walter: he has right mixture of menace and charm for this character.

In recent years, Adams has played fiery, take-charge women in films like The Fighter, The Master and American Hustle. Here, she's withdrawn but still compelling. When she says early on she draws the eyes large because they're a window to the soul, Adams' own searching look lend credibility to the cliché. Whenever Walter's rants became unbearable — which was often — I found myself scanning the room for Margaret, hoping to see a spark of rebellion in her eyes. It arrives, too late to save the film — but thankfully, not too late for the real-life Margaret, who escaped to Hawaii, remarried, and got the long-overdue credit she'd been denied.
Posted by a fan apart at 1:06 AM

Big Eyes works as a biopic and a relevant piece of social commentary.