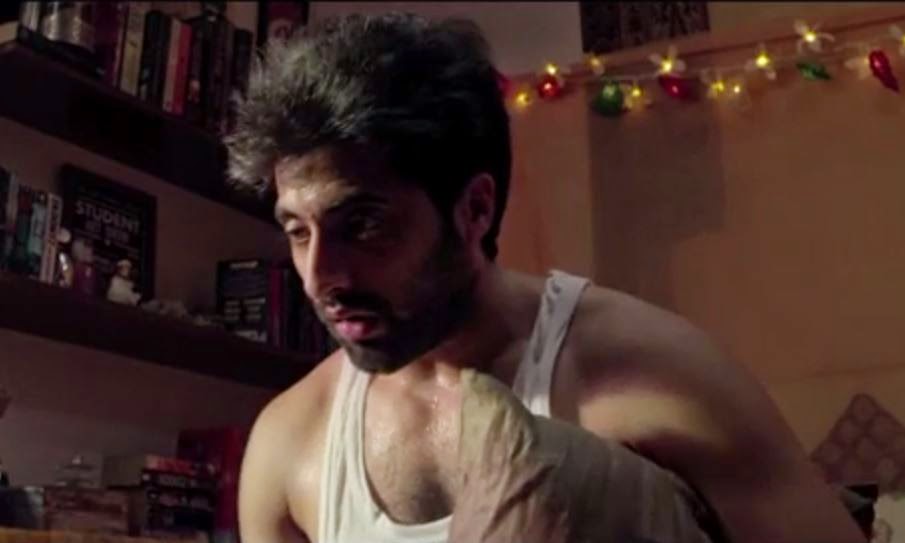 The bread isn’t the only thing that’s flat in Akshay Akkineni’s debut film, a remake of Karthik Subbaraj’s Tamil hit from 2012. Like the films of its co-producer Bejoy Nambiar, Pizza is big on visual trickery and distressingly casual as far as things like plot and credulity are concerned. This is supposed to be a new-age horror film, but in the end, the scares are all dressed-up Ramsay rehashes. Time and again, the lights go out and we’re drawn into a close-up that practically screams “There’s something just beyond the frame”. Then, right on cue, the soundtrack explodes and the camera does a whip pan to a blood-speckled zombie figure. And we move on to the next obvious ghost.

Pizza has a reasonably strong first half hour. Kunal, played by the light-eyed, blank-faced Akshay Oberoi, is a pizza delivery boy who’s having some trouble with nightmares. He’s in a live-in relationship with Nikita (Parvathy Omanakuttan), a horror enthusiast. There’s an attempt to psychologically ground the film in male fears of pregnancy – when Nikita announces she’s having a baby, Kunal suddenly starts seeing scary pregnant women everywhere. But once he finds himself stuck inside a haunted house and chased around by a series of ghosts from central casting, Pizza becomes just another screechy tantriks-and-daayans affair.

Our biggest problem with Pizza – and this is a huge spoiler – is the way the entire film is revealed to be one big lie. It turns out Kunal and Nikita made up the story about the ghosts in order to pull off a diamond heist (don’t ask). It’s a sign of the supreme contempt the film has for its audience that the haunting isn’t even presented as a flashback. Kunal doesn’t narrate the incidents to anyone (thus allowing for the possibility of his being an unreliable narrator), he just experiences them. It’s an awful trick – unconvincing and cheap. “It has to be something believable,” Nikita tells her partner when he asks her to concoct the story. One can only hope she’s kidding.

This review appeared in Time Out.
Posted by a fan apart at 3:13 AM