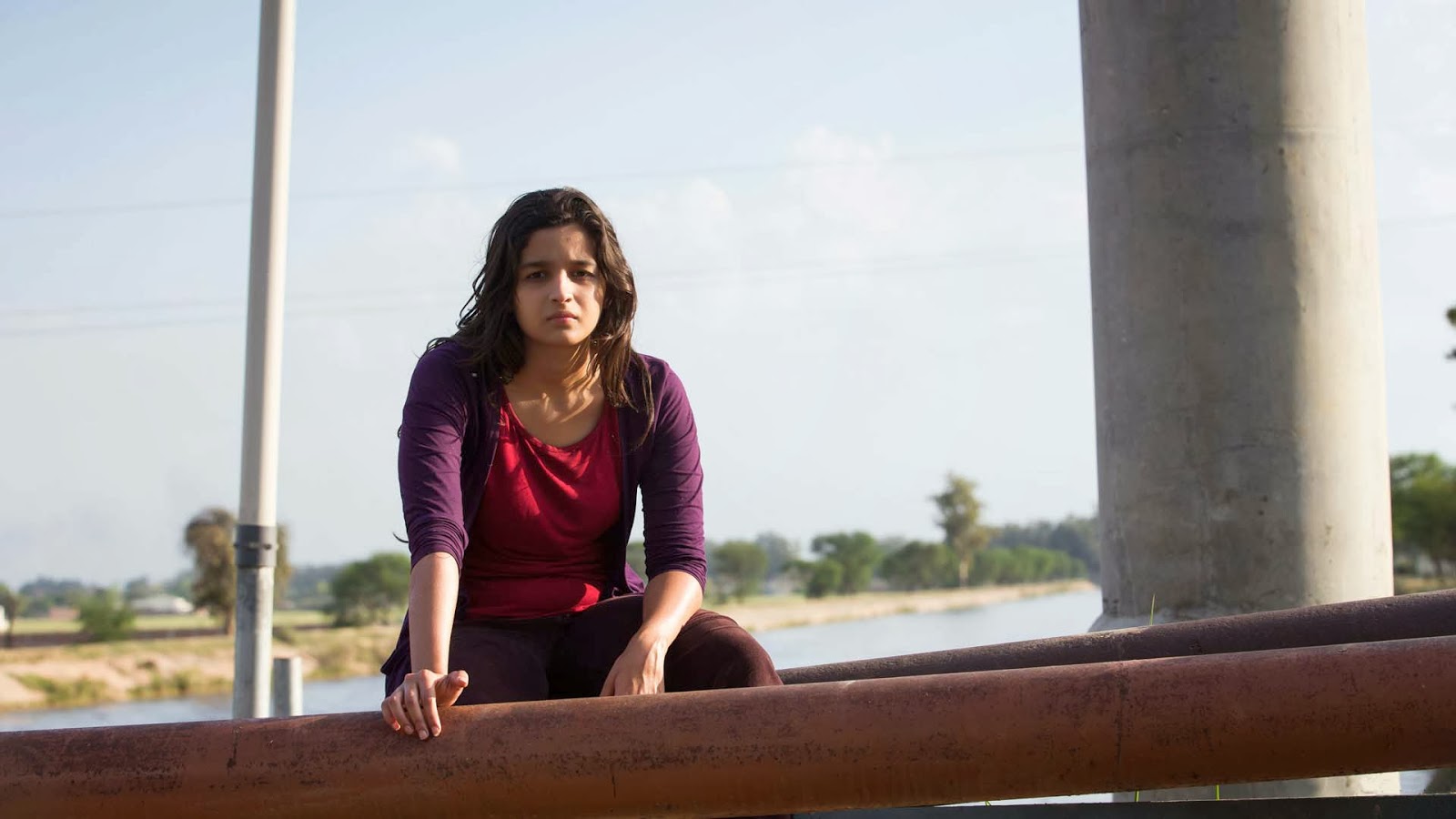 Days before her wedding, Veera (Alia Bhatt) talks her fiancée into taking her for a night-time drive. She wants to leave the city behind, hit the highway. That wish is granted in the most dramatic way possible when she finds herself in the middle of a robbery in progress and, moments later, being held at gunpoint. She’s whisked away in a car, a rag stuffed in her mouth. When she resists, she’s slapped around by Mahabir (Randeep Hooda). After they realise she’s the lone daughter in a rich family – in short, pay dirt – they dump her in the back of a truck and take off.

For the first 40 minutes, there’s nothing to suggest that this film had been made by Imtiaz Ali, one of Indian cinema’s few unironic romantics. Then, all of a sudden, the tension eases. The morning after a botched escape attempt, Veera emerges, seemingly at peace with her predicament. Soon, she’s taking in the sights, chatting with the more forthcoming kidnappers, and trying to draw out the taciturn Mahabir. All the while in the background, we see via Anil Mehta’s camera an India that’s picturesque but not touristy. This is a real road movie, not a pretend one like Zindagi Na Milegi Dobara or Ali’s own breakthrough film Jab We Met.

Another thing that’s changed since Jab We Met. There may have been people who found Kareena Kapoor’s incessant jabbering in that film endearing, but I wasn’t one of them. In Highway, Ali keeps the chatter down to a minimum. Much of the film is spent watching the characters move quietly from town to town, with AR Rahman’s score filling in the silences. A less romantic filmmaker might have kept cutting between the rescue efforts and the couple on the lam, but Ali is more interested in the developing relationship between Veera and Mahabir. For a brief while, they’re in their own little world, trying to outrun their memories, delaying the inevitable.

Bhatt, only one film old, bravely pushes at her limitations. The protectiveness she shows towards her character is touching, and the long, uninterrupted scene where Veera reveals her traumatic past is not only handled beautifully, it also goes some way towards making sense of the idea that this broken, headstrong girl might actually be happier with a bunch of criminals than in her own stifling home. Hooda hasn’t had a worthwhile role in a while, and though the film does attempt to turn Mahabir into Mr Sensitive New Age Kidnapper, there are moments when his glowering and growling are reminiscent of Toshiro Mifune's wilder gnashings. Grounding the whole enterprise are the ungainly, authentic faces in small parts, expertly assembled by casting director Mukesh Chhabra.

The greatest gains, however, are Ali’s. He seems to have understood the virtue of underselling a scene, and the spare, earthy tone he adopts here is perfectly matched to the material. After the unbearable indulgence of Rockstar, this film is like a splash of cold spring water. Highway is Imtiaz Ali showing us why he might actually belong at the cool kids’ table.

This review appeared in Time Out Delhi.
Posted by a fan apart at 11:23 PM