Flashes of Hindi cinema in 2013

Started writing a year-end wrap of sorts, but scrapped it midway. Putting it up here anyway. 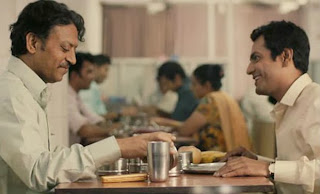 In Indian cinema’s 100th year, things progressed as they always have – in fits and starts. Monster hits like Chennai Express and Yeh Jawaani Hai Deewani made one long for a little Whedonesque wit and surprise, but at least they were better than the rank offenders which ended up making tons of money, like Grand Masti and Raanjhanaa. At the other end of spectrum, Indian independent films were feted at Cannes, Sundance, Berlin and Telluride – and, for a change, released theatrically in their own country.

Several filmmakers continued down the path of gender insensitivity. In Chor Chor Super Chor, a lone female passenger on a bus in Delhi at night is pawed at and pushed around in a seemingly unconscious recreation of the December 2012 rape case. Incredibly, this was the setting for a musical number, played for laughs. Grand Masti and Besharam had rape jokes; the latter also had a stalker for a hero. The worst offender, though, was the ‘innocent’ male lead of Raanjhanaa, who stalks his childhood love, drives her into a river, slits his wrists when she rejects him, and sabotages her wedding.

Nawazuddin Siddiqui’s “Hello saaar” interrupting Nimrat Kaur’s voiceover; the director’s POV morphing into that of a wedding photographer; the insistent tugging of a string filling in for unnecessary dialogue: All instances of the visual wit that rescued The Lunchbox from disappearing into the melancholia of its characters’ lives.

François Truffaut once divided the films of Orson Welles into those which have snow and those which have guns. Lootera had both guns and snow, but rather than Welles, Vikramaditya Motwane’s impossibly fluent direction brought to mind the melancholy romances of Wong Kar-wai.

The cinematic dust-up of the year occurred when the Film Federation of India sent The Good Road to the Oscars, and the phalanx of producers and promoters associated with The Lunchbox took up arms against them. Just when everyone was tiring of Team Lunchbox’s hissy fit, the FFI fired off a letter so pompous that suddenly, they were the bad guys. Lunchbox director Ritesh Batra put an end to the madness with a terse letter to the Federation, saying he’d moved on to “more productive pursuits”.

You had us at gulabi bhains. No film this year was as willing to risk looking stupid as Matru Ki Bijlee Ka Mandola.

The ongoing Ali-Frazier battle between Nawazuddin Siddiqui and Irrfan Khan. Siddiqui won the first round with his half hour of mastery in Bombay Talkies. Khan responded with Saheb Biwi Aur Gangster Returns. They sparred with Aatma and D-Day, before going head-to-head in The Lunchbox. Yet, the best performance of the year came from Raj Kumar Yadav in Shahid.

The Good Road and Ship of Theseus – two films joined at the hip by NFDC’s Film Bazaar, by the fact that they’re both debut features, by travelling shots, by terrific location photography and sound design, and by their contrasting fortunes on Twitter.

It must have been tempting to offer Milkha Singh the excuse of a lifetime – the memory of his father being killed in Partition riots – to absolve him from not placing at the 1976 Olympics. Yet, an excuse is exactly what it is, a bit of creative liberty that’s at odds with the meticulous recreation of other aspects of the runner’s life. If Bhaag Milkha Bhaag runs away with history, Kai Po Che! runs from it. It isn’t like the film refuses to acknowledge the 2002 Gujarat riots, it just refuses to acknowledge them in any meaningful way. After a few minutes of looting and burning, the narrative leaps forward to a teary reconciliation. There’s no rule that says that you must also come to terms with the history you put on screen, but failure to do so does leave one open to allegations of opportunism, or denial, or both.

A nod to PVR’s Director’s Rare banner, which released indie efforts like Tasher Desh and Fruitvale Station, regional films like Baandhon and Lucia, documentaries, restored versions of classics like Chashme Buddoor, and a lot more. Some releases were better than others, but they all had one thing in common – none of them would have gotten a theatrical release under normal circumstances.

The best tribute to Indian cinema in its 100th year wasn’t the much-hyped Bombay Talkies but the unexpected theatrical release of Shivendra Singh Dungarpur’s documentary Celluloid Man, about film archivist PK Nair, preserver of old prints at the National Film Archive in Pune and inspiration to several generations of filmmakers.

And the others: Short Term 12, Blue is the Warmest Color, No, The Selfish Giant, To the Wonder, Before Midnight. My favourite: The Great Beauty. 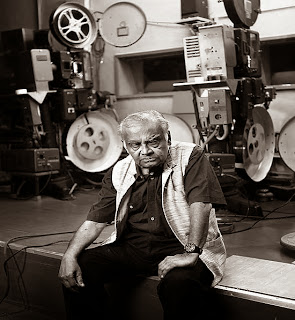