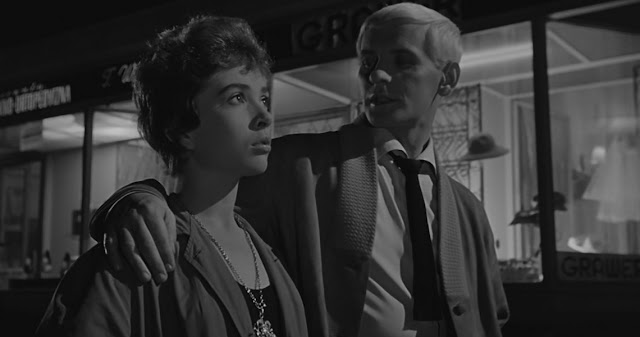 The Polish public was left with mixed feelings in the aftermath of World War II. They were free from the Nazi regime, but found themselves a part of the Soviet Union, whose socialist agenda would not allow them to enjoy the same freedoms their European allies were now able to. For the generation that grew up in the ’50s in particular, these restrictions were particularly galling. They wanted to listen to jazz, be materialistic, discover themselves as individuals; the State wanted them to share and to conform. This tug-of-war is the unspoken subtext of Innocent Sorcerers, Andrzej Wajda’s “youth film” from 1960.


Wajda burst onto the scene in the 1950s with his “War Trilogy” – A Generation, Kanal and Ashes and Diamonds. These were sombre, moving films that captured not only the ravages of the war years but also the uncertain peacetime that followed; they made Wajda’s name in Poland and overseas. His next film Lotna was also connected to the war, but the one that followed that was a significant departure. The characters in Innocent Sorcerers are – at least on the surface – comfortable in their own skins and on the lookout for fun. At the film’s centre is Andrzej, a “sports doctor”, jazz drummer and compulsive womaniser (played with sublime cool by Tadeusz Łomnicki), who meets his match in a young woman who calls herself Pegalia. 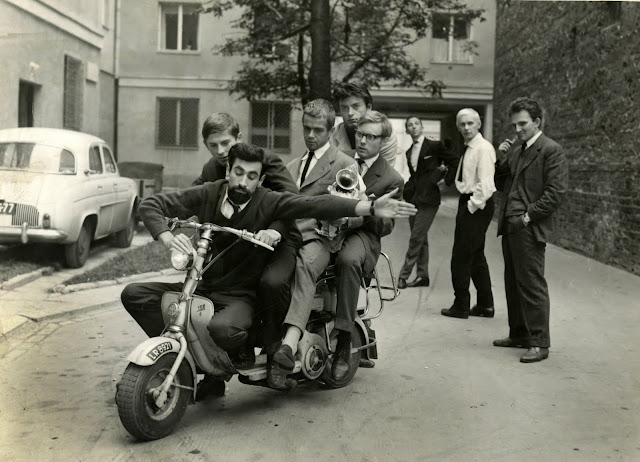 It’s fascinating how easily Innocent Sorcerers could be mistaken for a French New Wave film. There’s the self-referentiality: the film’s poster is revealed to be a billboard after the opening credits, a radio gives a song’s source as “the film Innocent Sorcerers”. There’s a strange moment when Łomnicki looks at the camera and addresses the “author”, a move that was probably a jab at the censors, but nevertheless one which would have fit right in with the auteur-worshipping New Wave crowd. There’s also a striking similarity between the long seduction scene that takes in Andrzej’s apartment and the one in Jean-Luc Godard’s Breathless. Yet, all of this is happy coincidence – there’s almost no way Wajda could have seen the films coming out of France by the time he made Innocent Sorcerers.
Keen followers of Polish cinema should find a lot to get excited about in this, one of Wajda’s lesser-seen features. Two future greats of Polish and global cinema, Roman Polański and Jerzy Skolimowski (also the film’s co-writer), make cameo appearances. Krzysztof Komeda, who started one of the first jazz groups in Poland, contributes a terrific score. (Many Polish films of this period have a strong jazz element.) Best of all, there’s a brief but entertaining appearance by Zbigniew Cybulski, the “Polish James Dean”, with his ever-present shades and leather jacket. Wajda had earlier cast Cybulski to great effect as the lead in Ashes and Diamonds. His role here is miniscule, but there’s an eerie moment when Łomnicki tells him “You’ll get killed one of these days if you’re not careful”. Cybulski died in 1967 while jumping from a moving train. His unique, nervy charm is on display this fortnight in three films – Jerzy Kawalerowicz’s Night Train, Janusz Morgenstern’s Goodbye, See You Tomorrow, and Wajda’s – which, along with Andrzej Munk’s Eroica, are being screened by the Polish Institute. 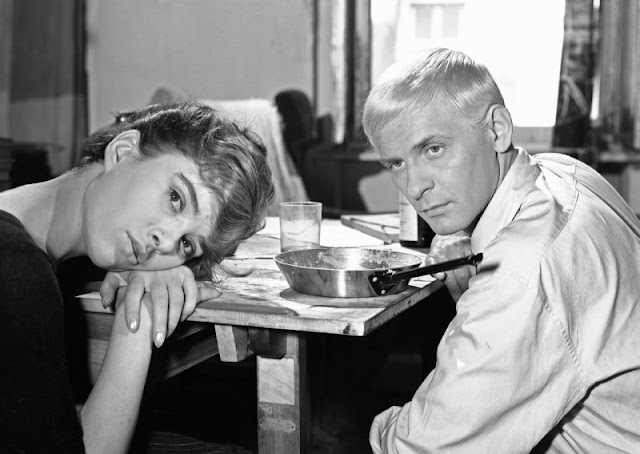 This review appeared in Time Out Delhi.
Posted by a fan apart at 12:21 AM