It’s three and a half hours long. It has an interval. It’s wildly melodramatic. It has masters and servants, evil landowners and sacrificing wives. Gone with the Wind is the most Bollywood of Hollywood movies. That might explain why so many Indians are fans of the movie, and why this staggeringly expansive (and fairly expensive) five-disc box set has been placed on shelves here. 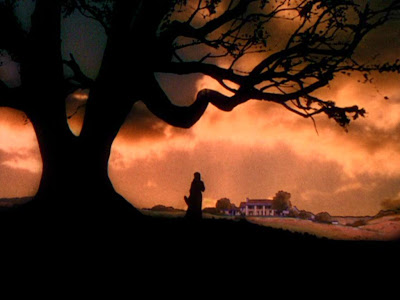 If you’re a Windie (fans of the movie call themselves that), this pack might actually look like value for money. The first two discs are devoted to the movie, after which begins a deluge of extras. There are portraits of Clark Gable and Vivien Leigh (leads Rhett Butler and Scarlett O’Hara), and recollections by Olivia de Havilland, who plays Melanie. There’s a feature called 1939: Hollywood’s Greatest Year and a made-for-TV movie on producer David O Selznick’s search for the perfect leading lady (a process which lasted two years and included rejects of the stature of Katherine Hepburn and Bette Davis). The pick of the extras, though, is a documentary on the making of the film. Written by the irreverent David Thomson (The Biographical Dictionary of Film), it’s an engaging look back at a production that threatened to fall apart at every step.

As for the film, what’s left to say? It is over the top. It’s very condescending towards the African-American characters. Those who aren’t sold on the novel will have to come to terms with Scarlett’s selfishness and frequent tantrums. Yet, somehow, it just about holds together. Gable was the obvious person to play Butler – or maybe the way he played him made it seem obvious. Olivia De Havilland and Leslie Howard provide some welcome moments of quiet, while Hattie McDaniel as the maid is such a charged presence one wishes she had her own film. There was key work from Max Steiner (score), Ernest Haller and Ray Rennahan (cinematography) and William Cameron Menzies (production design). Victor Fleming was the main director (George Cuckor was fired early on), but the captain of the ship was undoubtedly Selznick, who did everything from rewriting the script to sending memos about the actors’ eyebrows. 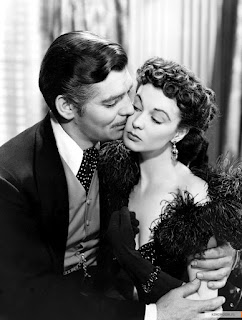 Normally, the biggest grouse we’d have with this pack is the missing audio commentary. But that oversight pales in comparison to what’s been done to the movie on behalf of our delicate moral sensibilities. All major kissing scenes in the film have been censored. We appreciate the concern of whoever felt that the sight of Gable and Leigh locking lips might send us into a frenzy of moral turpitude. Even so, we wish they’d taken a gamble and left the kisses – the payoff in any romance movie – in. Selznick, who fought long and hard with the censors so that “Frankly my dear, I don’t give a damn” didn’t become “Frankly my dear, I just don’t care”, would not have been impressed.

A version of this review was published in Time Out Delhi.
Posted by a fan apart at 12:55 AM