It’s one of the simplest, most effective opening scenes in film history. As a policeman flirts with the owner of a railway platform café, the camera moves past them to show a couple quietly sitting at one of the tables, refusing to look each other in the eye. They’re joined by a garrulous lady, and their discomfort at this intrusion is visible. Soon it’s time for his train. He gets up, pauses, puts a hand on her shoulder, and leaves. Like Henri Cartier-Bresson’s decisive moment, nothing much happens, but everything is revealed: they’re having an affair and are worried she’ll find out. There’s a secret hidden within this scene as well, but to speak of that is to deny the viewer the opportunity to experience firsthand the sweet ache of David Lean’s Brief Encounter.

The plot, an adaptation of Noel Coward’s play Still Life, concerns a bored housewife and a doctor teetering on the brink of an illicit affair. Trevor Howard as the male lead was inspired casting – he’d only begun his acting career a year back in 1944, and was not what you might call movie star handsome. Neither was Celia Johnson, who despite being everyone’s first choice for the role, almost turned it down. The makers must have seen something in their pairing that felt right – maybe the way their silences were so evocative. The supporting players too are flawless, especially Stanley Holloway (Eliza’s dad in My Fair Lady) and Joyce Carey as another, less cautious adulterous couple. Lean’s direction is intimate and measured, a world removed from Lawrence of Arabia, the film he’s most famous for. Robert Krasker’s camera, anticipating his singular work on Carol Reed’s The Third Man, is at its best when confronted with rain, or tunnels, or the night. Brief Encounter has a restraint and formality to it that is extremely British, yet at no point does it feel false or forced. To be seen with Wong Kar-Wai’s In the Mood for Love in the ultimate unrequited love double-bill. 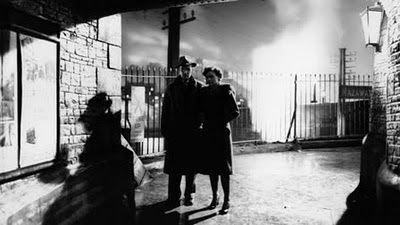