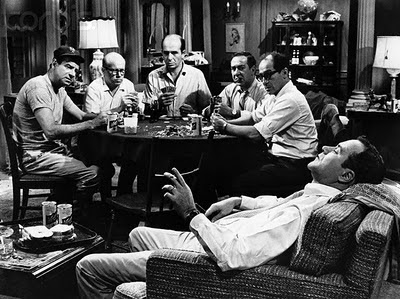 Even though Gene Saks is the man in charge, it’s obvious who the real director is –Simon’s script. With the exception of Lemmon clearing his nose in the diner, every laugh is derived from it - the wit on display is never visual. The on-screen movement remains constricted, as if the camera and the actors had been given a fixed space and told not to move beyond it. One wishes that someone like Billy Wilder, who was originally offered the chance to direct, had had a go at it. As it stands, it feels stillborn, like watching a very funny play on film. The Odd Couple is great theatre, but not necessarily great cinema.
A version of this review appeared in Time Out Delhi.
Posted by a fan apart at 12:28 AM