Wrote this for GQ's November issue.

In 1899, George Méliès, whose fictionalised life story forms a substantial part of Martin Scorsese’s Hugo, directed Jeanne D’Arc.  Thus, it is said, the biopic was born. And they’ve never gone out of fashion. It’s easy to see why: with a biographical film, the broad story has already been written, and the public knows the film’s protagonist and gets to see famous people play other famous people. Also, a cursory glance at the Best Picture Oscar nominees over the years will reveal a long list of biopics and almost-biopics. This is why you’ll mostly see studios release these films in the winter months, along with the other ‘prestige’ films.

Though they continue to be Oscar bait, there’s been a noticeable shift in the way biopics are now cutting through to the heart of their stories. Instead of sweeping summaries like Gandhi, directors today prefer to zero in on key moments in the lives they’re chronicling. We saw this in The King’s Speech, a film about King George VI’s first wartime address to the nation; in Lincoln, which dealt with the passing of the Thirteenth Amendment; in Hitchcock and The Girl, which were about the making of Psycho and The Birds respectively; and in My Week With Marilyn and Hyde Park On Hudson, which focussed on obscure episodes in Monroe and FDR’s lives.

With social media bridging the gap between idol and follower, it’s hardly surprising that recent biopics have tried to provide audience members with a similar sense of intimacy to the person onscreen. Considering viewers today could, if so moved, confirm the veracity of facts on their phones between scenes, filmmakers are also becoming cannier about the volume of information they’re giving out. All this may mean that the days of the sweeping biographical epic are behind us. Future biopics are more likely to resemble The Queen than Lawrence of Arabia. After his hand in the zeitgeist-defining The Social Network – which tempered the broad scope of its story with sharply focussed storytelling – screenwriter Aaron Sorkin is planning to make his directorial debut with a film on Steve Jobs. It is said to consist of just three conversations, taking place at different times in Jobs’ life.

That project may be scuttled in the unlikely event of Ashton Kutcher nailing his portrayal of the Apple messiah in Jobs. (It’s unlikely Sorkin’s losing much sleep on that account.) Still, the release of Jobs will open the floodgates for a series of high-profile biopics. Keeping Kelso company in the stunt-casting sweepstakes is Daniel Radcliffe as Allen Ginsberg in Kill Your Darlings. Naomi Watts will make an Oscar bid as Britain’s favourite princess in Diana, while Idris Elba is also likely to bag a nomination as Madiba in Mandela: Long Walk to Freedom. Meanwhile, in Saving Mr Banks, Tom Hanks will take on the role he was born to play – Walt Disney. Of these, Diana, Saving Mr Banks and Kill Your Darlings revolve around specific periods and incidents in the protagonists’ lives, with only Long Walk to Freedom going the epic route. 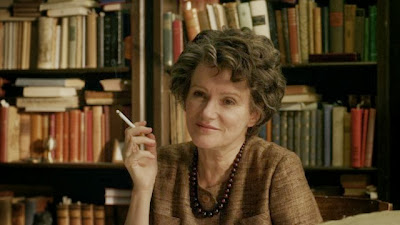 Then there are the films about the outliers, the oddballs and the lesser-knowns. This year has already seen the release of Steven Soderbergh’s Behind the Candelabra, with a fantastic turn by Michael Douglas as Liberace, and two European biopics from 2012, Kon-Tiki and Hannah Arendt. Also ready to release – abroad, if not here – are Lovelace, with Amanda Seyfried as the Deep Throat star, and The Fifth Estate, with Benedict Cumberbatch having a bad hair day as Julian Assange. There’s also news of Ben Foster playing Lance Armstrong in a planned Stephen Frears biopic, and the startling casting of André 3000 as Jimi Hendrix.

Though its storytelling was anything but focussed, Bhaag Milkha Bhaag’s killing at the box-office means that a slew of Indian biopics are now on the cards. Akshay Kumar is reportedly playing Dara Singh, and Priyanka Chopra has started training for her role as Mary Kom. In a more palatable piece of casting news, Ranbir Kapoor might play Kishore Kumar in Anurag Basu’s next. There’s a rumoured Guru Dutt tribute in the pipeline, too. Plus, Shivendra Singh Dungarpur is planning to follow Celluloid Man (see box) with another bio-documentary – on Jiří Menzel, no less.

It’ll be interesting to see if any of the upcoming Indian biopics gamble on a warts-and-all presentation of their subject. Bhaag Milkha Bhaag flirted with the idea but never really followed through; young, knife-wielding Milkha is passed off as a rebel. And the Silk Smitha semi-biopic Dirty Picture didn't go anywhere as far as PT Anderson's Boogie Nights, which sets the porn industry up as a dream factory and then punctures the bubble. Chittagong and Paan Singh Tomar presented more rounded portraits, but couldn’t resist flattering their heroes. It’s been argued that Indians are a shade too respectful to make censorious films about public figures. Here’s hoping for a little less respect, and better biopics. 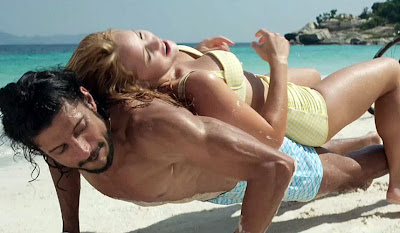 Celluloid Man (2012)
Shivendra Singh Dungarpur’s film is a wonderful tribute to archivist PK Nair and to Indian cinema in its 100th year.

My Best Fiend (1999)
Not strictly a biopic, this portrait of mercurial German actor Klaus Kinski by his “best fiend” (“friend” in German), director Werner Herzog, teeters between the scary and the sublime.

Senna (2010)
Asif Kapadia took the bold step of not having any voiceover narration for his documentary on Ayrton Senna, relying instead on old interviews and race footage.

Stories We Tell (2013)
In her rapturously received non-fiction debut, Sarah Polley turns the spotlight on her parents and their secrets.